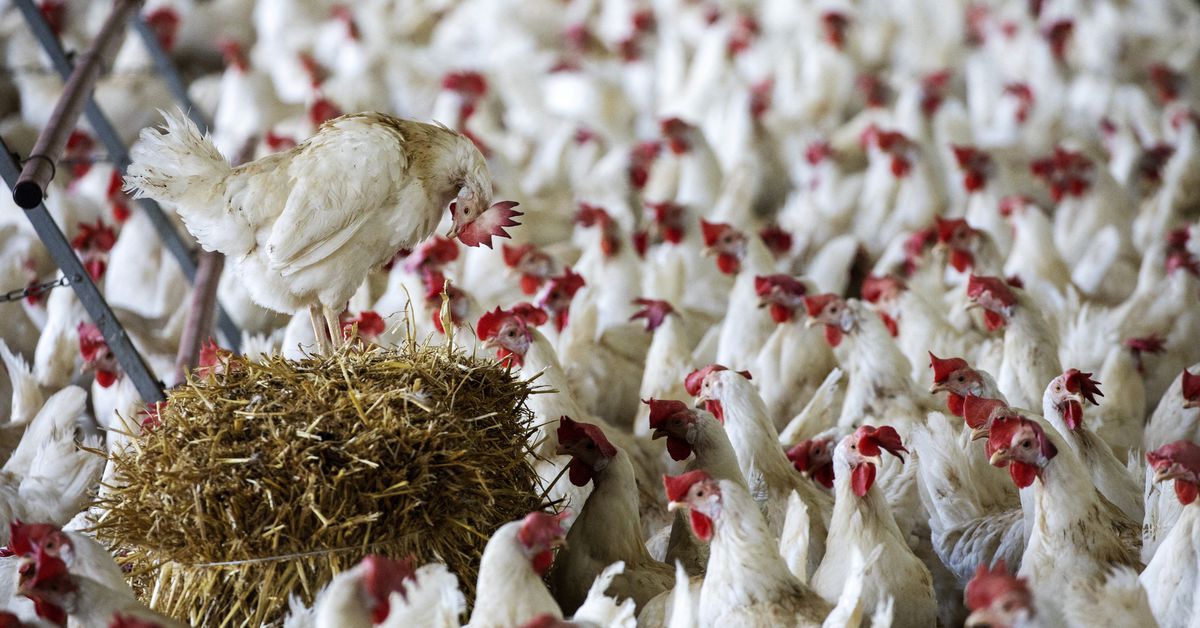 A few of the 18,000 Lohmann Classic-laying hens from the Gallipool Frasses farm can be seen in the stalling area before a vote to ban factory farming at Les Montets in Switzerland, 16 September, 2022.

Swiss voters rejected a proposal for a ban on factory farming on Sunday (25 September) in a referendum about whether stricter animal welfare laws should be tightened further in the wealthy country.

VoteInfo App by the government showed a provisional result showing 62.86% against the proposal. This was a referendum in the Swiss system for direct democracy to protect the dignity of farm animals like chickens and pigs.

"There are farmers who do intensive farming with their livestock, but they respect animal welfare. To feed the population we need to do factory farming at least a little. Otherwise, we won’t be able eat meat any more."

The Swiss voted narrowly for a plan to reform old-age insurance. This would, among other things, raise the retirement age of women from 64 to 65.

The government would have to establish stricter guidelines for the care of animals. This could include giving them access to the outside and slaughtering them. These requirements would have also applied to imported animals and animal products.

The government rescinded the recommendation, stating that such changes would violate trade agreements, increase investment costs and operating expenses, and raise food prices.

Florian Barbon, a Geneva resident who opposed the initiative, stated that "I believe in general people are regulating their own self-regulation. I don’t believe we need a law framework for this."

A third vote by 52.01% of voters ruled against a measure which would have allowed for the elimination of a withholding tax of bond interest that was introduced to stop tax evasion.

Investors could claim the tax if they declared the interest income in their tax returns. However, the government argued that the removal of the levy would lower administrative costs and make Switzerland attractive to businesses.