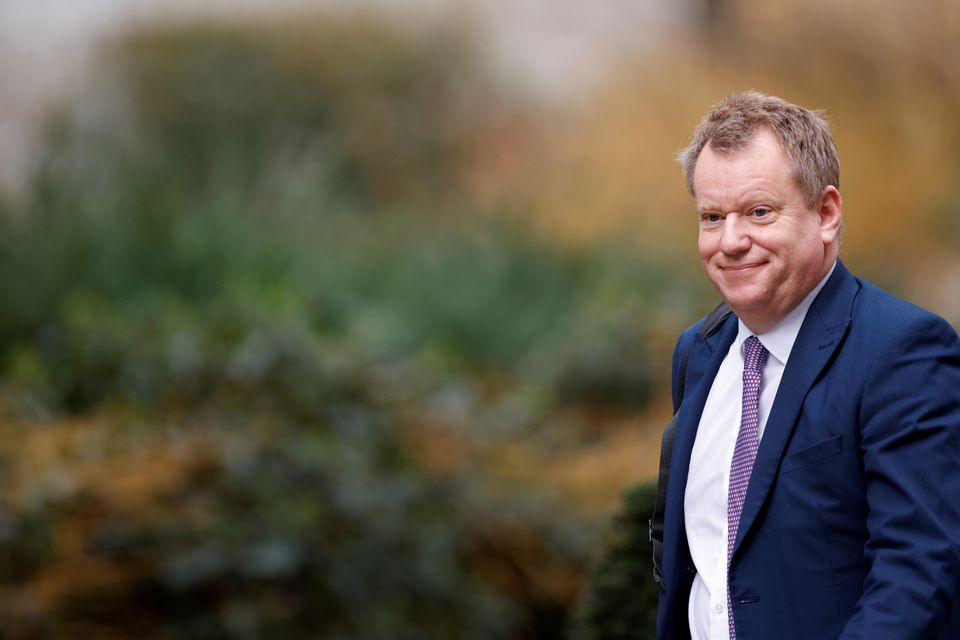 In a speech delivered in Lisbon (13 October), Lord Frost, the UK’s representative in EU-UK discussions announced that the UK has proposed a new legal text to replace the current Ireland/Northern Ireland Protocol to replace the one already agreed in 2019.

The proposal came a day ahead of an EU announcement to ease difficulties linked to what is called East/West trade between Northern Ireland and Great Britain, Vice President Sefčovič will put forward four proposals concerning medicines, sanitary and phyto-sanitary surveillance, customs and a way to enhance democratic governance of the Northern Ireland Protocol.

Frost claims that the agreement reached with the EU in 2019 was done at haste and under duress. The deal agreed was the cornerstone of Prime Minister Johnson’s electoral campaign in 2019, where he claimed that the UK had negotiated an “oven ready deal”. Johnson was then able to steer the deal through parliament with a 80 seat majority in the House of Commons, seemingly receiving a democratic endorsement for his deal.

The legal text that has been shared with the European Commission will try to reverse the EU’s two stage process where the Withdrawal Agreement was completed before negotiations on the later Trade and Cooperation agreement was reached.  Frost argues that it makes sense to review the Withdrawal Agreement given the thinness of the later deal he negotiated.

Secondly, as heavily trailed in the media, the UK wants to remove the European Court of Justice from the arbitration over any disputes concerning EU law. As Northern Ireland continues to benefit from the Single Market in goods this would not be legally possible, this has already been established in EU law. Lord Frost argues that the current agreement cannot be part of a durable settlement.

Lord Frost is asking for nothing less than a reversal of the legal provisions of the Single Market which the EU cannot agree to. The EU negotiated the deal to avoid the creation of border infrastructure on the Ireland/Northern Ireland border, this was a shared view of the EU and UK throughout negotiations following the UK's referendum in 2016. 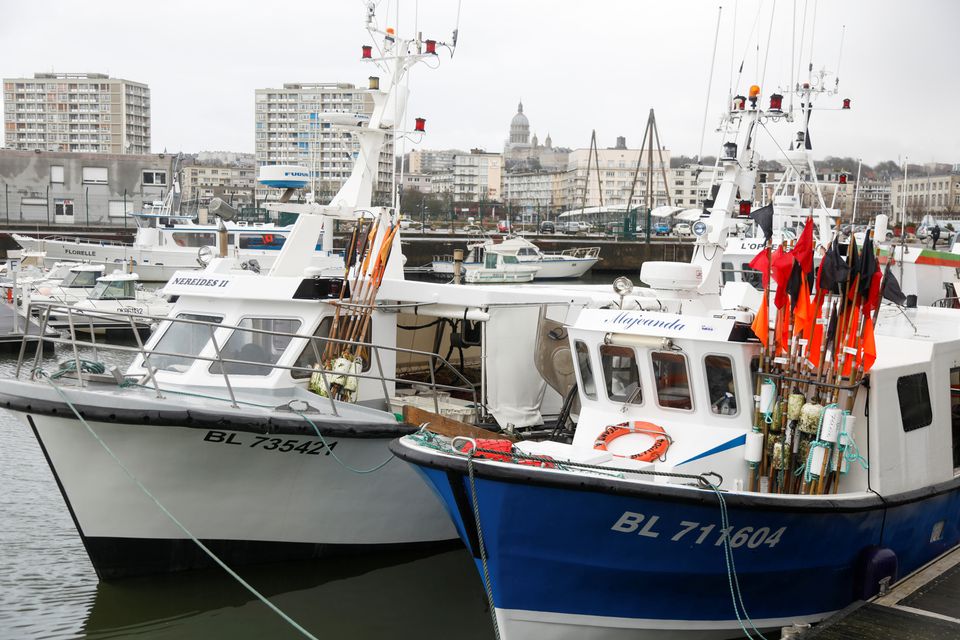 "They failed on Brexit. It was a bad choice. Threatening us, threatening our fishermen, will not settle their supply of turkey at Christmas," Beaune told BFM TV.

"We will hold firm. The Brits need us to sell their products," he added.

Earlier this week, Prime Minister Jean Castex said France was ready to review bilateral cooperation with Britain if London continues to ignore the agreement reached over fishing rights in its post-Brexit trading relationship with the European Union. Read more.

Paris is infuriated by London's refusal to grant what it considers the full number of licenses due to French fishing boats to operate in Britain's territorial waters, and is threatening retaliatory measures.

French fishermen have also said they could block the northern port of Calais and Channel Tunnel rail link, both major transit points for trade between Britain and continental Europe, if London does not grant more fishing licences in the next 17 days. 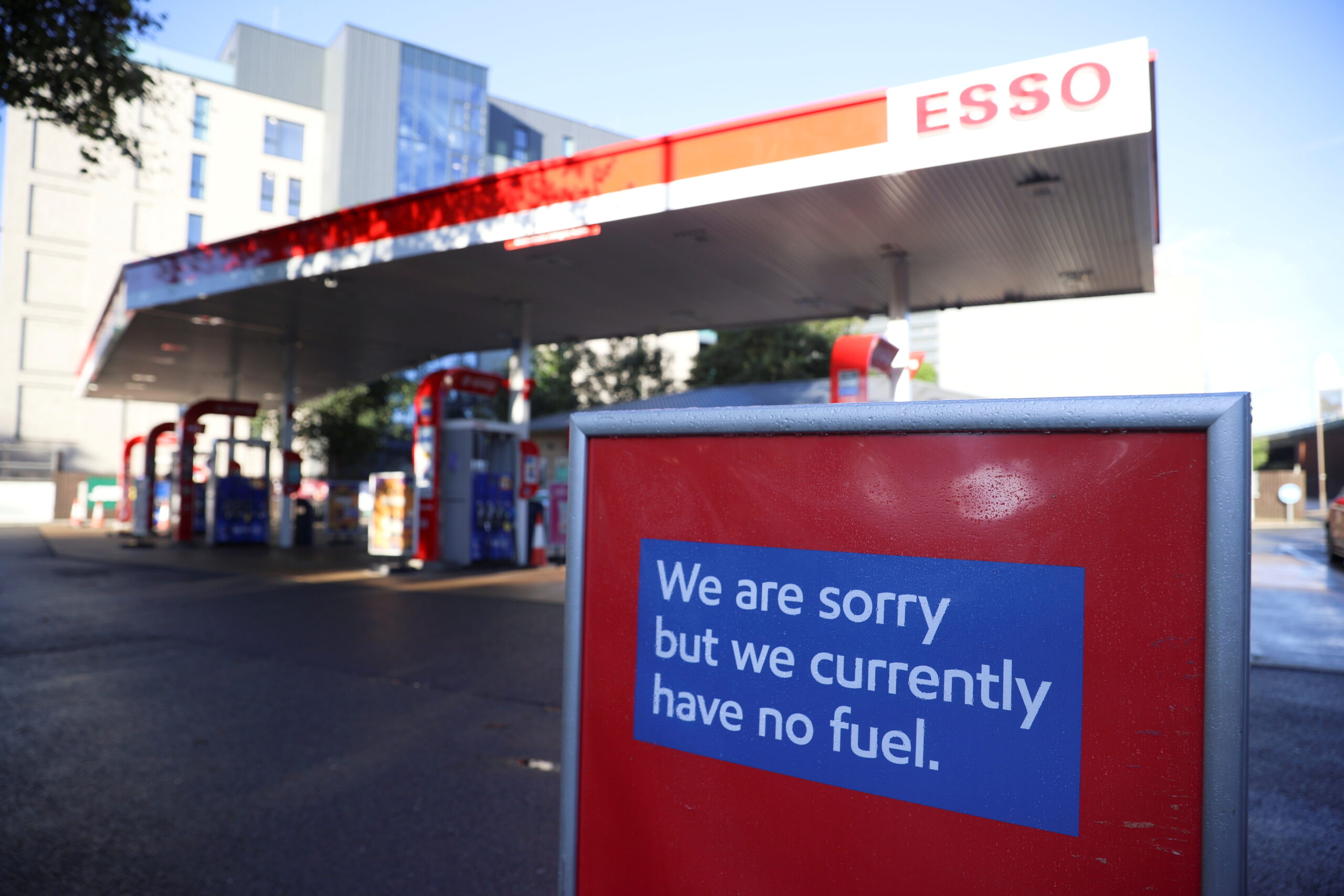 The United Kingdom's 25-year-old model of importing cheap labour has been up-ended by Brexit and COVID-19, sowing the seeds for a 1970s-style winter of discontent complete with worker shortages, spiralling wage demands and price rises, writes Guy Faulconbridge.

Leaving the European Union, followed by the chaos of the biggest public health crisis in a century, has plunged the world's fifth-largest economy into a sudden attempt to kick its addiction to cheap imported labour.

Wages, and thus prices, will have to rise. Read more.

The longer-term impact on growth, Johnson's political fortunes and the United Kingdom's on-off relationship with the European Union is unclear.

"It's really a big turning point for the UK and an opportunity for us to go in a different direction," Johnson, 57, said when asked about the labour shortages.

"What I won't do is go back to the old failed model of low wages, low skills, supported by uncontrolled immigration."

He said Britons had voted for change in the 2016 Brexit referendum and again in 2019, when a landslide election win made Johnson the most powerful Conservative prime minister since Margaret Thatcher.

Stagnant wages, he said, would have to rise - for some, the economic logic behind the Brexit vote. Johnson has bluntly told business leaders in closed meetings to pay workers more.

"Taking back control" of immigration was a key message of the Brexit campaign, which the Johnson-led "Leave" campaign narrowly won. He later promised to protect the country from the "job-destroying machine" of the European Union.

Johnson casts his Brexit gamble as an "adjustment" though opponents say he is dressing up a labour shortage as a golden opportunity for workers to increase their wages.

But restricting immigration amounts to a generational change in the United Kingdom's economic policy, right after the pandemic triggered a 10% contraction in 2020, the worst in more than 300 years.

As the EU expanded eastward after the 1989 fall of the Berlin Wall, Britain and other major European economies welcomed millions of migrants from countries like Poland, which joined the bloc in 2004.

No-one really knows how many people came: in mid-2021, the British government said it had received more than 6 million applications from EU nationals for settlement, more than double the number it believed were in the country in 2016.

After Brexit, the government stopped giving priority to EU citizens over people from elsewhere.

Brexit prompted many eastern European workers - including around 25,000 truckers - to leave the country just as around 40,000 truck licence tests were halted due to the pandemic.

Britain is now short of about 100,000 truckers, leading to queues at gas stations and worries about getting food into supermarkets, with a lack of butchers and warehouse workers also causing concern.

Wages have already soared: a heavy goods vehicle (HGV) Class 1 driver job was being advertised for £75,000 ($102,500) per annum, the highest the recruiter had ever heard of.

The Bank of England said last month that CPI inflation was set to rise to 4% late this year, "owing largely to developments in energy and goods prices", and that the case for raising interest rates from historic lows appeared to have strengthened.

It cited evidence that "recruitment difficulties had become more widespread and acute", which the Bank's agents had attributed "to a combination of factors, including demand recovering more quickly than expected and a reduction in the availability of EU workers".

Johnson's ministers have repeatedly dismissed the idea that Britain is heading for a "winter of discontent" like that which helped Thatcher to power in 1979, with spiralling wage demands, inflation and power shortages - or even that Brexit is factor.

But he did not explain how wage stagnation and poor productivity would be solved by a mixture of lower immigration and higher wages that fuel inflation which eats into real wages.

It was also unclear how higher prices would affect an economy that is consumer-driven and increasingly reliant on supply chains whose tentacles wind across Europe and beyond.

For some observers, the United Kingdom has come full-circle: it joined the European club in the 1970s as the sick man of Europe and its exit, many European politicians clearly hope, will lead it back into a cautionary dead-end.

Johnson's legacy will depend on proving them wrong.

EU ministers authorize the start of negotiations on Gibraltar 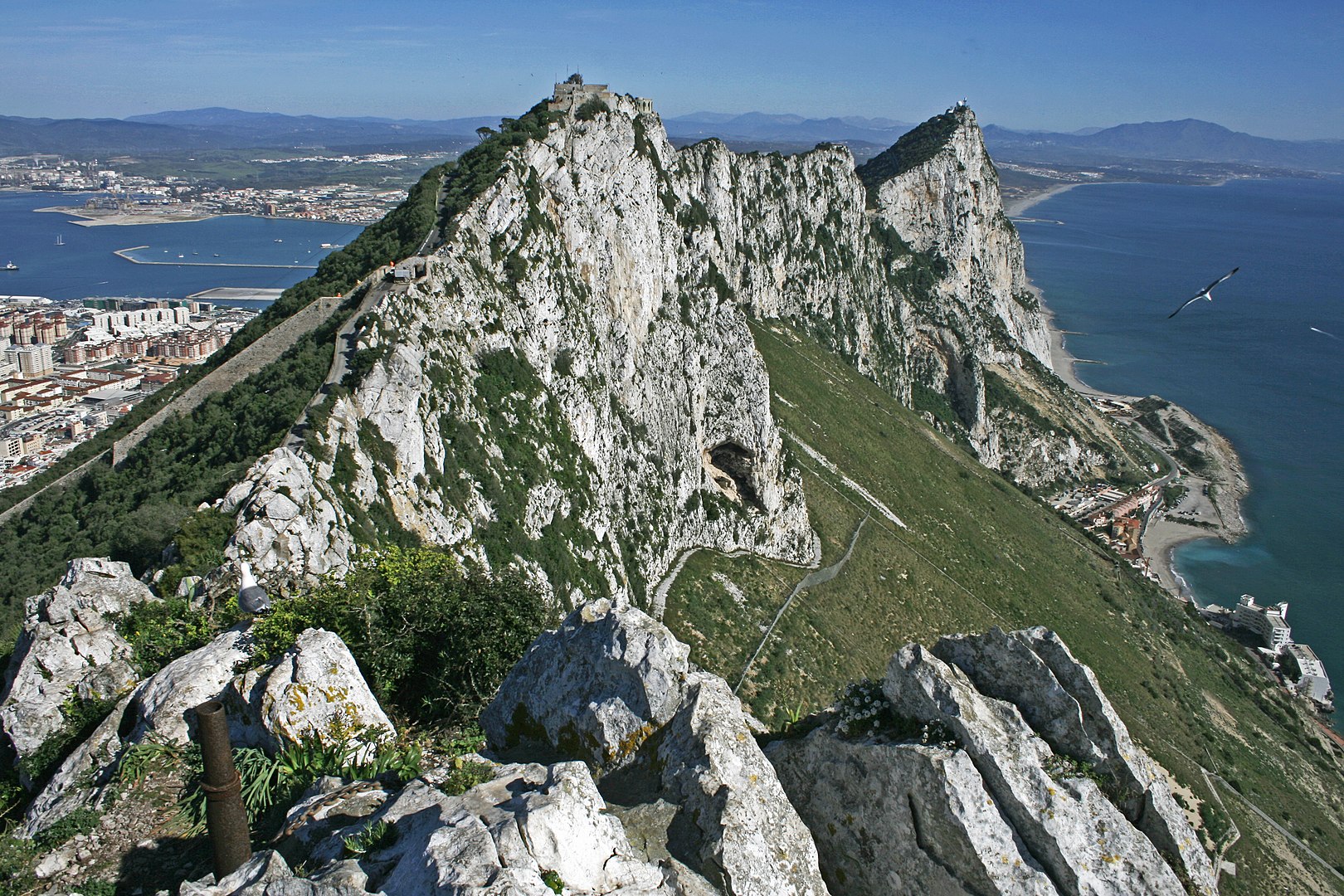 The Council today (5 October) adopted a decision authorizing the opening of negotiations for an EU-UK agreement in respect of Gibraltar, as well as the negotiating directives. This will be the basis for the European Commission’s negotiations with the UK.

The most contentious issue will be freedom of movement and border management, more than 15,000 people live in Spain and work in Gibraltar, making up around 50% of Gibraltar’s workforce. The territory welcomes around 10 million tourists per year, and accounts for around a quarter of its economy.

Chief Minister Fabien Picardo (Socialist Labour Party) was meant to be hosting an evening at this week’s Conservative Party conference, but was unable to attend because he has contracted COVID-19. Nevertheless, he thanks the British Prime Minister Boris Johnson for giving “a barnstorming speech in support of ‘The Rock!’”.

Gibraltar was not included in the scope of the EU-UK Trade and Cooperation Agreement. The European Commission presented its proposal for negotiating guidelines on 20 July. At the time, then Foreign Secretary Dominic Raab, said that he could not negotiate on this basis as it would undermine the UK's sovereignty over Gibraltar: "We have consistently showed pragmatism and flexibility in the search for arrangements that work for all sides, and we are disappointed that this has not been reciprocated. We urge the EU to think again."

The UK’s Chief Negotiator with the EU, Lord Frost, has recently threatened to trigger Article 16 of the Ireland/Northern Ireland Protocol (NIP) in early November, if proposals the UK has made in a “command paper” do not lead to a renegotiation of the NIP. The Commission is unlikely to respond positively to the UK’s hectoring approach, which also adds tensions to UK-EU relations even before negotiations with Gibraltar commence.

It is foreseen that Spain, as the neighbouring Schengen member state, will be responsible as regards the European Union for the implementation of the Schengen agreement. The Commission acknowledges that with regard to external border control, member states can require technical and operational support from Frontex. Spain has already expressed its full intention to ask Frontex for assistance. The territory's Chief Minister has already said that this is how the border entry and exit points will likely be managed.