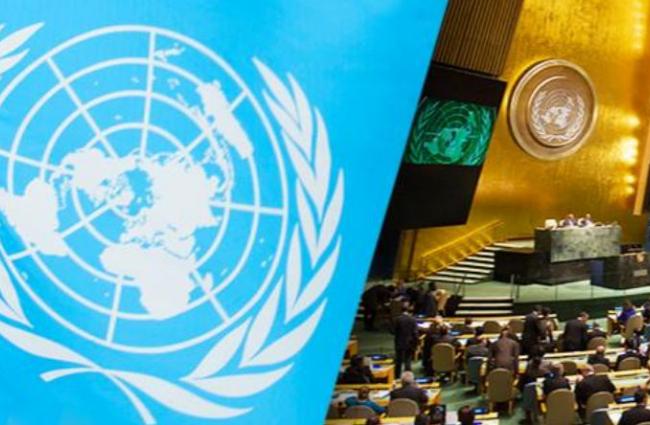 If the English word ‘Hypocrisy’ ever required an example, there could be no better contender than Pakistan with its Prime Minister Imran Khan as the chief protagonist holding the coveted crown. Imran khan is vocal on Kashmir at United Nations General Assembly in New York, but silent on atrocities by China on Uyghurs – writes Romesh Chaudhry

This ‘Islamic Republic’ has delved into much hue & cry in the past couple of years along with few like-minded side kicks in ballooning the propaganda bubble of “Islamophobia” with countries like U.S. & India at the crosshairs. However, the inhuman tortures & open persecution of Uyghurs never dared to fare in the list of Islamophobic actions.

Pakistan Prime Minister Imran Khan has refused to condemn or acknowledge the repression and torture of Uyghur Muslim community in China time and again. When asked to comment on the issue a couple of months back, he had replied, "I’m not sure that’s what’s happening in China. In our conversations with China, they have drawn a different picture of the issue. And whatever issues we do have with the Chinese, we will always discuss them behind closed doors".

In a recent interview he also added, “Because of our extreme proximity and relationship with China, we actually accept the Chinese version. It is hypocritical. There are much worse human rights violations taking place in other parts of the world...But Western media hardly comment on this".

While the above happens to be the official statement, the actual views of people within Pakistan are totally different. A study was conducted in the National Defense University (NDU), Pakistan in June 2021 that brought out inferences quite contrary to Pak’s official stance on Uighur problem. The study was conducted by a group of four officers of Pak Defense Forces namely Rida Zaynab, Hira Sajjad, Iman Zafar Awan, Maidah Riyaz.

The outcome of this project was quite in sync with the global views on present Uyghur problem in Xinjiang, China. The research group approved the fact that China has been detaining Uyghurs and other ethnic minorities in concentration camps since 2017. Approximately 3 million Uyghurs, other Muslims and ethnic minorities have been imprisoned in these camps. Xinjiang government and its Chinese Communist party (CCP) provincial committee operates these camps. The research paper underlined that the deduced Motive behind this is to demolish the Uyghur culture and their Islamic identity from their region.

Earlier China denied the existence of these camps but later on when leaked videos and documents about them exposed the government then China claimed that these are only re-education camps where they educate and train people to eradicate religious extremism and to improve Xinjiang economic condition.

The study group also highlighted the targeted persecution of these Muslim minorities in China through forced labor, physical & mental abuse and surveillance & violations of their family Life by systematic separation of their families making family programs as a compulsory part of the Xinjiang classroom policy. The whole aim seems to be fixated at erasing Uyghur culture while restricting their religious practices like marriage ceremonies, wearing, fasting during Ramadan, pilgrimage to Mecca, performing religious burial rites and even to the extent of destruction of many religious and cultural sacred sites, mosques and burial places belonging to these ethnic minorities.

China has made multi-billion-dollar investments through its Belt and Road infrastructure program and so it controls every pearl that is a part of that string. Any country that has economic associations or dependency on China might not or may not openly condemn its actions.

Pakistan’s economy on the other hand has been on ventilator life support for quite some time. With recent alienation of U.S. and western financial giants like World Bank & IMF going niggardly on loans & financial aids, the only way Imran Khan can elude bankruptcy is by being in good books of CCP, ensuring a steady flow of money via projects like CPEC. With neck deep in Chinese debt trap, Pakistan has no options other than turning a blind eye towards a literal ‘Muslim Genocide’ in China.

The sentiments of common Pakistani citizens are definitely not congruent with the stance of their elected govt regarding their Muslim brethren in Xinjiang, China. While the Pakistani media prefers to remain silent on this burning issue, thanks to a deep state that has entirely clipped their wings, there are definite hushed rumblings within the corridors of various govt institutions including the Pak Army. However, it would be incorrect on the part of Uyghurs to expect any positive support from Pakistan for their cause as the state machinery acts vigorously as per Chinese policies and directives in tracking, apprehending & handing over any Uyghur who has fled China & seeking shelter in Pakistan.

Ultimately, the onus lies on the U.S. and like-minded countries to work in a coordinated fashion & pressurize China to stop the ongoing atrocities against the Uyghurs. The new U.S. administration should take the lead in a new approach to tailor a violence prevention toolkit to meet the evolving challenges of the future. Needless to say that the acts for any fruitful outcome have to take the route of ruthless arm twisting & plentiful moves on the chessboard of global geopolitics.

Guest posts are the personal opinions of the author and not necessarily endorsed by EU Reporter.

Azerbaijan takes Armenia to International Court of Justice in the Hague

EU’s Borrell: No ministerial meeting with Iran this week in New York

Disability rights: A European Disability Card to harmonize status across the EU 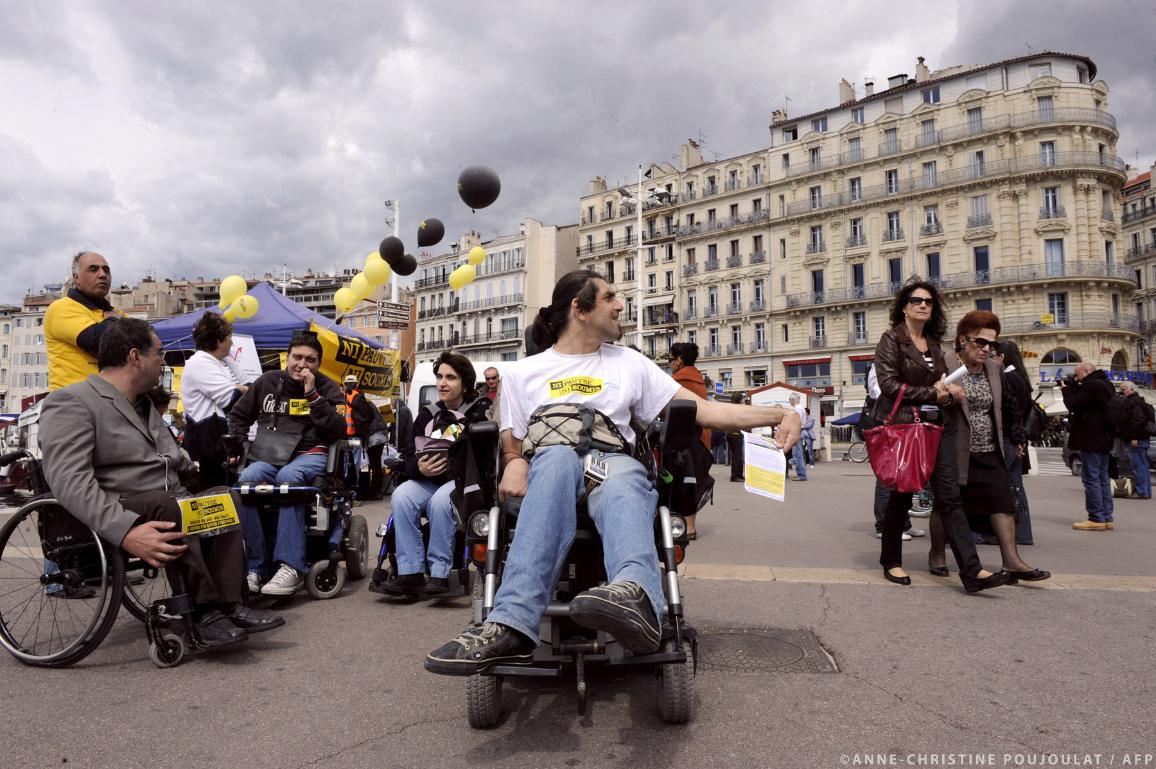 Mobility, education, housing and active inclusion in public life are key areas where Europeans living with disabilities would benefit from reform, say MEPs.

The EU should have a common definition of disability and introduce a European Disability Card to mutually recognise disability status across the EU, argue MEPs in a resolution approved with 579 votes in favour, 12 against and 92 abstaining.

Other recommendations approved by MEPs include more flexible assistance with rail travel and removing physical and administrative barriers to travel; education systems that can accommodate different kinds of learners and the needs of different students; and providing non-institutionalised, non-segregated housing to citizens with a disability, so that they can be active participants in their community.

To participate equally in a society increasingly reliant on digital skills, Parliament calls for concrete measures, such as public bodies providing information in sign language, braille and easy-to-read text. Sign language interpretation should be introduced for speech-based events, and government buildings should be accessible, according to MEPs.

They also point out that the EU needs to focus more on combatting violence (including gender-based violence) and harassment, of which people with disabilities are disproportionately the victim, and to close the employment gap between people with a disability and others. Parliament also calls on the Council to move forward with a cross-cutting Anti-Discrimination Directive, currently stuck there.

Rapporteur Alex Agius Saliba (S&D, MT) said: “People with disabilities continue to face multiple obstacles and discrimination in their lives. One of these is the lack of mutual recognition of disability status between EU Member States, which is a tremendous hindrance to their freedom of movement. Now is time to respond to our citizens’ concerns and to improve the lives of persons with disabilities in a barrier-free Europe. We have to promote their social and economic inclusion and participation in society, free from discrimination, in full respect of their rights, and on an equal basis with others.”

Background
The UN Convention on the Rights of Persons with Disabilities (CRPD) came into effect in the EU in 2011. According to the convention, the Committee on Petitions plays a ‘protection role’ to ensure EU compliance with the CRPD. After receiving dozens of petitions related to these issues, the committee drafted a report assessing the current challenges facing people with disabilities.

Azerbaijan takes Armenia to International Court of Justice in the Hague 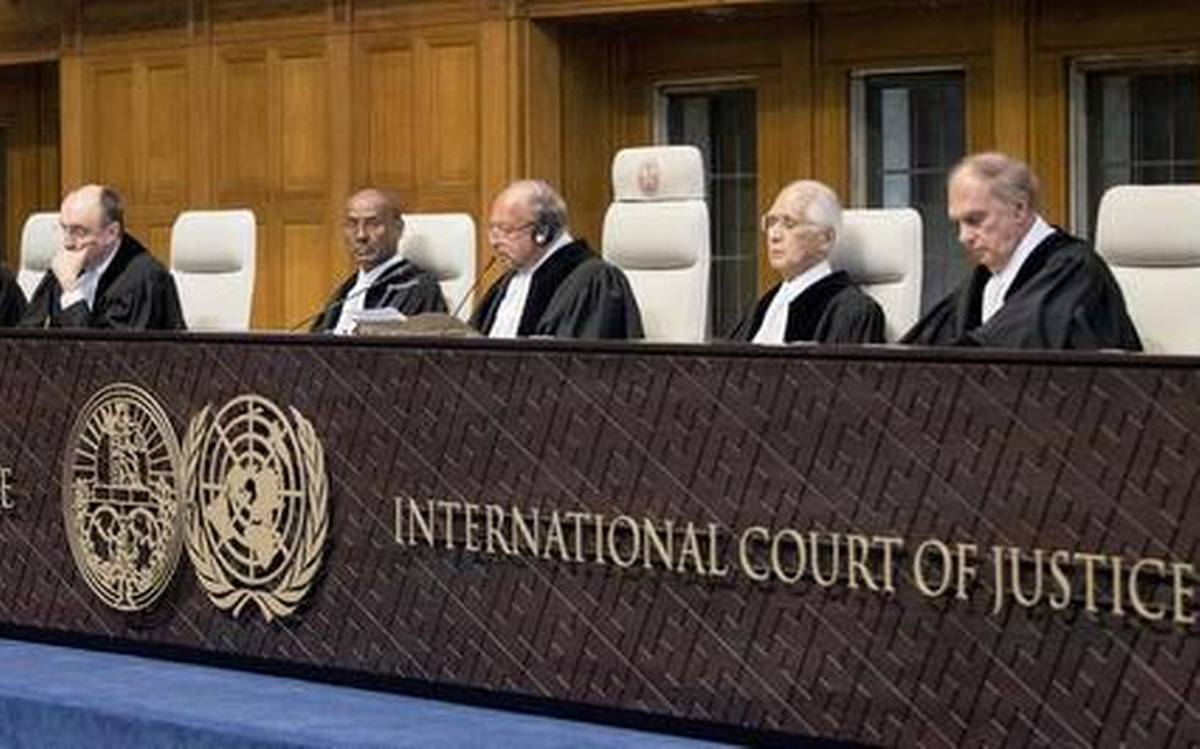 According to the Azerbaijan’s application, “Armenia has engaged and is continuing to engage in a series of discriminatory acts against Azerbaijanis, on the basis of their ‘national or ethnic’ origin within the meaning of CERD through both direct and indirect means.

Azerbaijan claims Armenia “continues its policy of ethnic cleansing”, and that it “incites hatred and ethnic violence against Azerbaijanis by engaging in hate speech and disseminating racist propaganda, including at the highest levels of its government”.

The Court is composed of 15 judges elected for a nine-year term by the General Assembly and the Security Council of the United Nations. The seat of the Court is at the Peace Palace in The Hague (Netherlands).

The Court has a twofold role: first, to settle, in accordance with international law, through judgments which have binding force and are without appeal for the parties concerned, legal disputes submitted to it by States; and second, to give advisory opinions on legal questions referred to it by duly authorized United Nations organs and agencies of the system.

EU’s Borrell: No ministerial meeting with Iran this week in New York 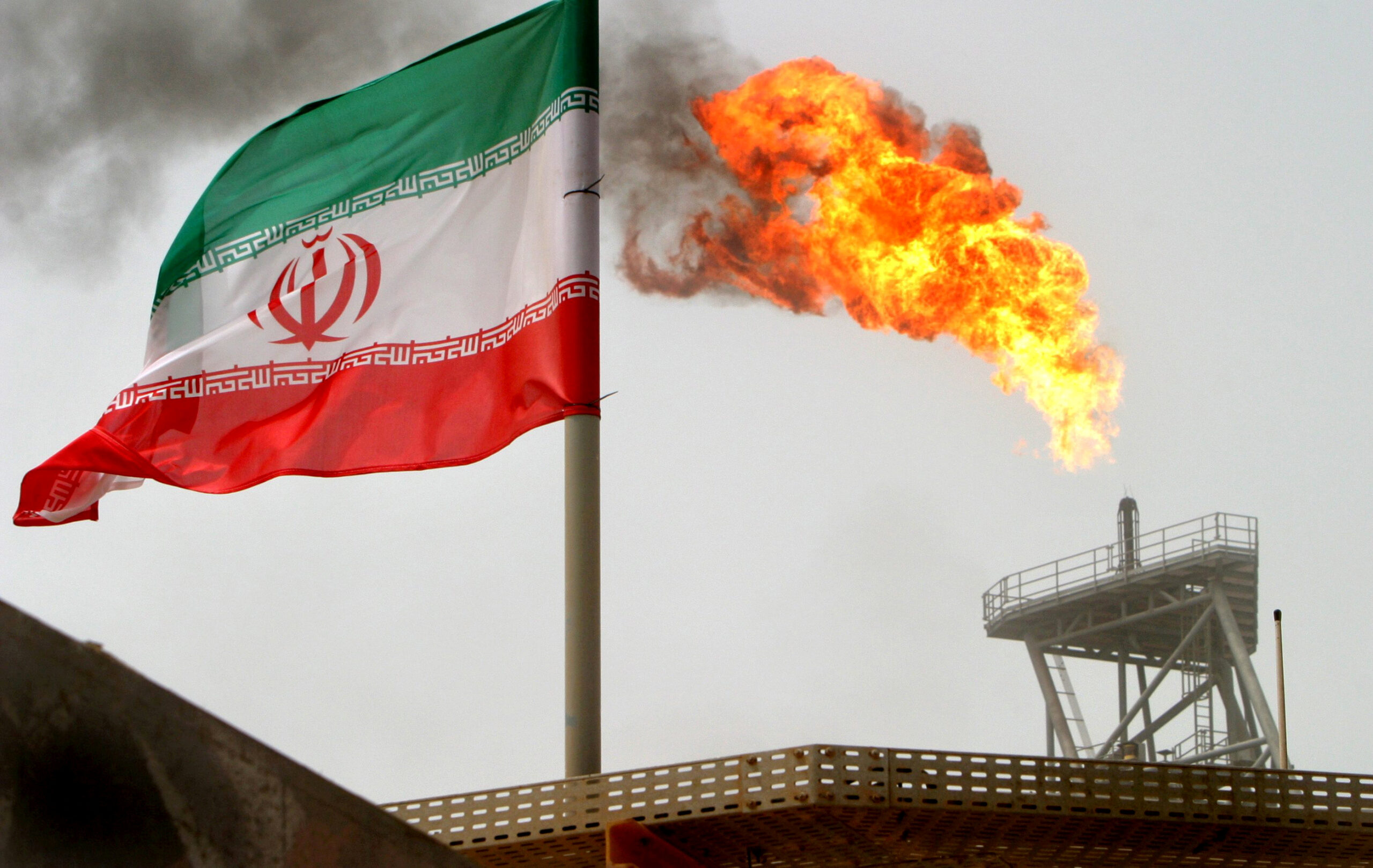 EU foreign policy chief Josep Borrell insisted that there will no ministerial meeting with Iran at the United Nations headquarters in New York this week to discuss a return to the 2015 nuclear deal, known as the Joint Comprehensive Plan of Action (JCPOA), contrary to what French Foreign Minister Yves Le Drian suggested, writes Yossi Lempkowicz.

Speaking to journalists, Borrell repeated several times that there would not be a meeting of the JCPOA Joint Commission on Wednesday (22 September).

“Some years it happens, some years it doesn’t happen. It’s not in the agenda,” said Borrell, who acts as coordinator for the JCPOA.

Le Drian said on Monday (20 September) that there would be a ministerial meeting of the nuclear deal parties.

“We need to take advantage of this week to restart these talks. Iran must accept to return as quickly as possible by appointing its representatives for the negotiations,” the French minister said.

The JCPOA Joint Commission, made up of Foreign Ministers from Britain, China, France, Germany and Russia and from Iran, had met in Vienna in order to discuss a return to the 2015 nuclear deal, but talks were adjourned in June after hardliner Ebrahim Raisi was elected Iran’s president.

‘’The important thing is not this ministerial meeting, but the will of all parties to resume negotiations in Vienna,” said Borrell who was due to meet the new Iranian Foreign Minister Hossein Amirabdollahian in New York.

"I will have the first opportunity to know and to talk with the new Minister of Iran. And, certainly, during this meeting, I will call on Iran to resume the talks in Vienna as soon as possible," he added.

“After the elections (in Iran) the new presidency asked for the delay in order to take fully take stock of the negotiations and understand better everything about this very sensitive file,” Borrell said. “The summer has already passed by and we expect that the talks can be resuming soon in Vienna.”

The world powers held six rounds of indirect talks between the United States and Iran in Vienna to try and work out how both can return to compliance with the nuclear pact, which was abandoned by former US President Donald Trump in 2018.

In his address to the United Nations General Assembly on Tuesday, US President Joe Biden stressed his willingness to resume the 2015 deal if Iran complies with its terms. “The United States remains committed to preventing Iran from getting a nuclear weapon… We’re prepared to return to full compliance with the deal if Iran does the same,” he said.