Four have been arrested in a multi-agency operation sparked by a German investigation into one of Europe’s most prolific child sexual abuse platforms on the dark web. These arrests were made in Germany (3) and Paraguay (1) earlier this month. The arrested individuals – all German nationals, had various roles in relation to the site seized. The dark web platform, known as Boystown, has been taken down by an international taskforce set up by the German Federal Criminal Police (Bundeskriminalamt) which included Europol and law enforcement agencies from the Netherlands, Sweden, Australia, Canada and the United States. This site focused on the sexual abuse of children and had 400 ,00 registered users when it was taken down. Several other chat sites on the dark web used by child sexual offenders were also seized on the same occasion. The case illustrates what Europol is seeing in child sexual abuse offending: online child offender communities on the dark web exhibit considerable resilience in response to law enforcement actions targeting them.

Their reactions include resurrecting old communities, establishing new communities, and making strong efforts to organise and administer them. The image and video data seized during this investigation will be used for Victim Identification Taskforces organised on a regular basis at Europol. More arrests and rescues are to be expected globally as police worldwide examine the intelligence packages compiled by Europol. 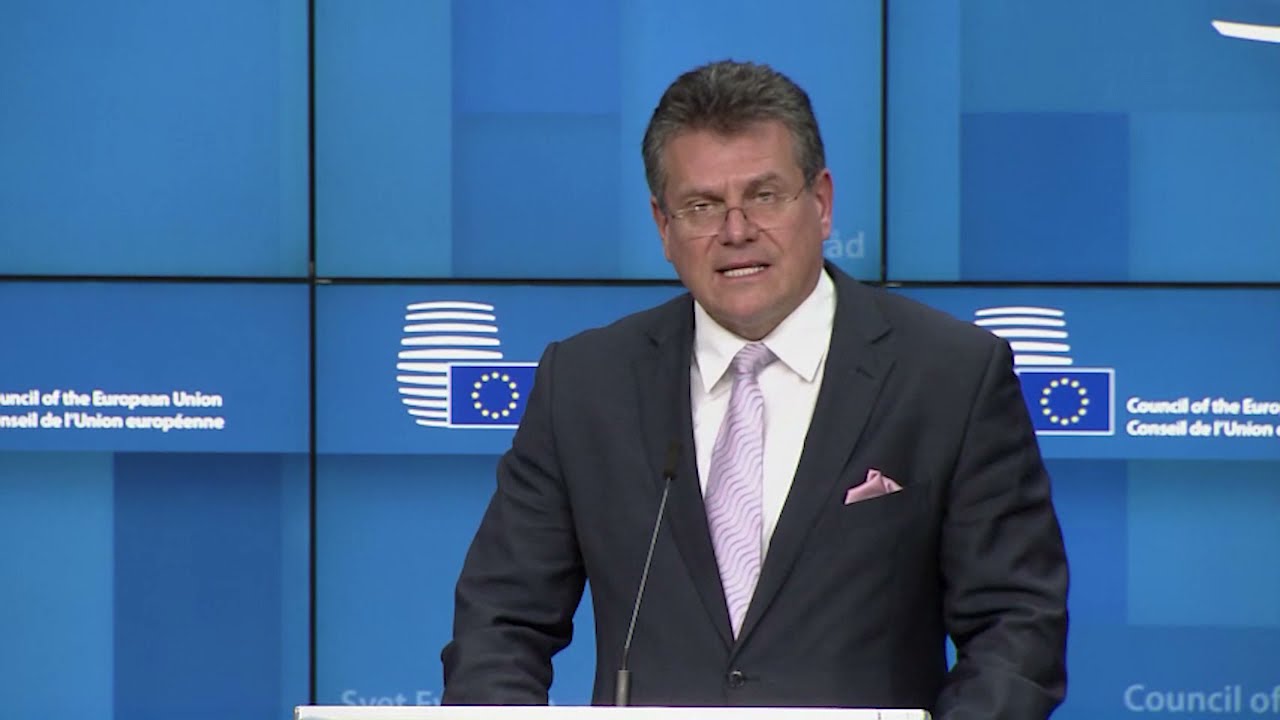 The Commission has adopted a Communication on Better Regulation, proposing several improvements to the EU law-making process. To foster Europe's recovery, it is more important than ever to legislate as efficiently as possible, while making EU laws better adapted to tomorrow's needs.

Interinstitutional Relations and Foresight Vice President Maroš Šefčovič (pictured) said: “The Commission already has one of the best Better Regulation systems in the world but we still need to do more. Therefore, we are stepping up efforts to simplify EU legislation and reduce its burden, while making better use of strategic foresight and supporting sustainability and digitalisation. To succeed, however, all stakeholders must work together on high-quality EU policymaking that will translate into a stronger, more resilient Europe.''

Cooperation among the EU institutions, with member states and stakeholders, including social partners, businesses and civil society, is key. To help face current and future challenges, the Commission has proposed the following actions:

Better Regulation is a shared objective and responsibility of all EU institutions. We will reach out to the European Parliament and the Council regarding their efforts to assess and monitor the impact of EU legislation and EU spending programmes. In addition, we will cooperate more closely with local, regional and national authorities, and social partners on EU policymaking.

Some of the new elements of this Communication have already started in practice, such as the work of the Fit for Future Platform, which provides advice on ways to make EU legislation easier to comply with, efficient and fit for the future. Others will be implemented in the coming months. This year will see, among other things:

The Commission carried out a stocktaking of its better regulation agenda in 2019, confirming that the system is broadly functioning well, while needing improvements to reflect experience.

The EU has a long history on evidence-based policymaking, including reducing regulatory burdens, starting in 2002. It includes regular evaluations of existing laws, a very advanced system of impact assessment, a top of the class stakeholders' consultation approach and a comprehensive burden reduction programme (REFIT).

Q&A on the 2021 Better Regulation Communication

The law-making process in the EU

The Have Your Say portal

1,600 offences detected in a global operation against marine pollution 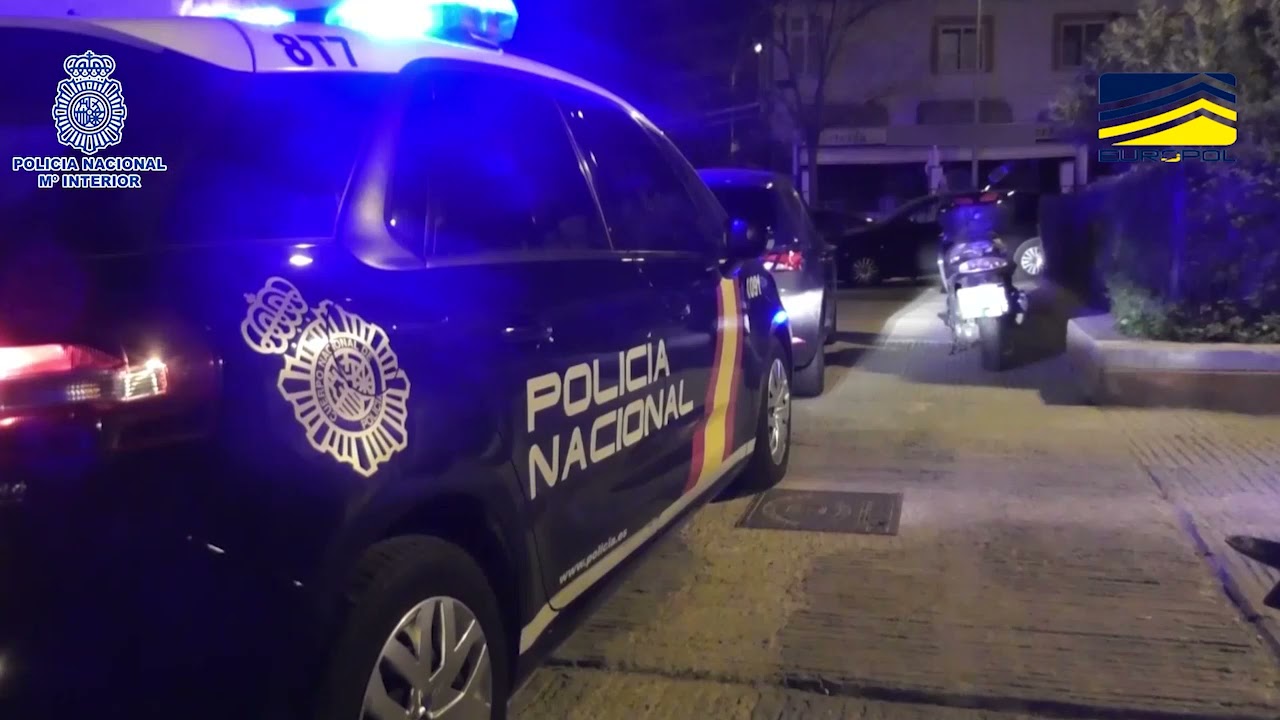 Between 1 and 30 March 2021, 300 agencies across 67 countries joined forces against marine pollution during the third global operation 30 Days at Sea. Europol and Frontex co-ordinated the European leg of the operation, as part of the EMPACT action plan on environmental crime, while INTERPOL co-ordinated the global activities. The actions led to the identification of numerous crimes ranging from illegal discharge to waste trafficking and the investigation of thousands of suspects worldwide.

The simultaneous actions in March led to:

By using INTERPOL’s wide range of databases and analytical capabilities, countries were able to connect pollution crime with other serious crimes such as fraud, corruption, tax evasion, money laundering, piracy, and illegal fishing.

Criminals attempt to abuse the pandemic also at sea

With many enforcement resources being reassigned to tackle the pandemic, criminals have been quick to exploit growing vulnerabilities in different crime areas including environmental crime. Inspections uncovered typical forms of marine pollution crime, from vessel discharges to waste trafficking by sea, but also criminal trends that have been growing amid the pandemic. Growing trends included COVID-19 disposable items such as masks and gloves, with 13 cases involving medical waste opened as a result of the operation.

A major criminal network trafficking plastic waste between Europe and Asia was exposed, triggering cooperation between authorities from both regions. So far, 22 suspects have been arrested and thousands of tonnes of waste have been prevented from being illegally shipped to Asia. It is highly likely that the waste would have likely been dumped there, contaminating soils and generating considerable marine litter.

Several countries from Europe, Asia and Africa reported illegal shipments of contaminated or mixed metal waste falsely declared as metal scraps. In one case, the Italian Coast Guard seized and prevented 11 000 tonnes of metal scraps mixed with plastic, rubber, mineral oil and other contaminants from being loaded onto bulk carriers headed for Turkey. Namibia, the Philippines and Croatia also reported cases of illegal waste shipments from Europe.

Global coordination to counter the pollution of our seas

Europol’s Executive Director Catherine De Bolle said: “Marine pollution is a serious threat, which endangers not only the environment but our health and in the long run our global economy. Criminals do not care about the environment; they do not think of tomorrow, but only of increasing their profits on the back of our society. Consolidated law enforcement efforts such as the operation 30 Days at Sea are critical to tackle these borderless crimes and protect our environmental heritage for generations to come.”

INTERPOL Secretary General Jürgen Stock said: “The threat of pollution crime is constantly evolving, endangering the air we breathe, our water and soil. Although this is the third edition of 30 Days at Sea, it is never the same exercise.

It is thanks to a global yet agile network that we have seen the number of inspections more than double since the first edition: a clear sign that the international community will not stand for criminal attacks on our environment.”

“Environmental crime is one of many criminal activities Frontex targets as part of our mission as the European Border and Coast Guard Agency. This is our contribution to the protection of the environment. I’m proud that, as part of 30 Days at Sea, Frontex aerial and maritime assets monitored nearly 1 000 vessels,” said Frontex Executive Director Fabrice Leggeri.

All three editions of Operation 30 Days at Sea 3.0 have been carried out with funding from the Norwegian Agency for Development Cooperation (Norad).

In 2010 the European Union set up a four-year Policy Cycle to ensure greater continuity in the fight against serious international and organized crime. In 2017 the Council of the EU decided to continue the EU Policy Cycle for the 2018 - 2021 period. It aims to tackle the most significant threats posed by organised and serious international crime to the EU. This is achieved by improving and strengthening cooperation between the relevant services of EU member states, institutions and agencies, as well as non-EU countries and organisations, including the private sector where relevant. Environmental crime is one of the priorities for the Policy Cycle.

The Commission has presented a new EU Strategy to tackle Organized Crime, focusing on boosting law enforcement and judicial cooperation, tackling organised crime structures and high priority crimes, removing criminal profits and ensuring a modern response to technological developments. Organized crime groups continue to develop and evolve, as shown by their rapid adaptation to the coronavirus pandemic, for example through the increase in counterfeit medical products and online crime. Organised crime groups active in Europe are involved in a variety of criminal activities, with drugs trafficking, organised property crime, fraud, migrant smuggling and trafficking in human beings being prevalent. In 2019, criminal revenues in the main criminal markets amounted to 1% of the EU's GDP, i.e. €139 billion, Related media.

The Strategy sets out the tools and measures to be taken over the next five years to disrupt the business models and structures of criminal organisations across borders, both online and offline.

Promoting our European Way of Life Vice President Margaritis Schinas said: “Criminal syndicates increasingly use new technologies and seize any opportunity to expand their illegal activities, online or offline. The recent emblematic cases like EncroChat have exposed how sophisticated these organised crime networks are. This shows how important our efforts to tackle organised crime across borders are. Today's Strategy will help hit these criminals where it hurts the most, by undermining their business model which thrives on a lack of coordination between states.”

Home Affairs Commissioner Ylva Johansson said: “We clearly need to step up to fight organized crime groups. They are among the biggest threats to our security. They are highly professional and transnational: 70% of criminal groups are active in more than three member states. They quickly adapted to the pandemic, moving online and selling fake or non-existent cures. We have already detected attempted scam sales of over 1 billion vaccine doses. Our strategy is a 5-year programme to strengthen European law enforcement in the physical and the digital world. With the measures we're proposing today, we'll be moving from occasional police cooperation to permanent police partnerships, and we'll follow the money to catch criminals in financial investigations.”

The Strategy aims to:

Today's Strategy is part of the EU's work towards fostering security for all those living in Europe, as outlined in the EU Security Union Strategy.