A 98-year-old Hungarian Nazi war crimes suspect, Laszlo Csatary, has died while awaiting trial, his lawyer has said. Csatary died in hospital in Hungary after suffering from a number of medical problems, said Gabor Horvath.

Previously, Csatary had topped the list of most wanted Nazi war crimes suspects, and was alleged to have helped deport 15,700 Jews to death camps during World War II.

He faced charges relating to his wartime activities in both Hungary and in neighbouring Slovakia.

Mr Horvath said his client died on Saturday morning. "He had been treated for medical issues for some time but contracted pneumonia, from which he died." Csatary had always denied the allegations against him, saying he was merely an intermediary between Hungarian and German officials and was not involved in war crimes.

He was charged in June 2013 by Hungarian prosecutors in relation to what they said had been his role as chief of an internment camp for Jews in Kosice, a town then part of Hungary but now in Slovakia.

Kosice, known at the time as Kassa, was the first camp to be established after Germany occupied Hungary in March 1944.

Prosecutors said in a statement that Csatary, a Hungarian police officer at the time, had "deliberately provided help to the unlawful executions and torture committed against Jews deported to concentration camps... from Kosice".

He was accused of regularly beating prisoners with his bare hands and a dog whip.

Csatary, whose full name is Laszlo Csizsik-Csatary, was sentenced to death in his absence in Czechoslovakia in 1948 for war crimes.

Slovakia was seeking his extradition from Hungary so it could formally sentence him although, with the abolition of the death penalty, it intended to imprison him.

The legal proceedings in Hungary were halted last month on the grounds of double jeopardy.

Csatary was named in 2012 by the Nazi-hunting Simon Wiesenthal Center as its most wanted suspect. It claimed he oversaw the deportations of Jews from Kosice to the Auschwitz death camp.

He was tracked down in Budapest in July 2012 by reporters from the UK's Sun newspaper, with help from the Simon Wiesenthal Center, and was put under house arrest.

He had fled to Canada after the war, where he worked as an art dealer in Montreal and Toronto, and disappeared in 1997 after being stripped of his Canadian citizenship.

The US-based Simon Wiesenthal Center said it was "deeply disappointed" by the news of his death.

"It is a shame that Csatary, a convicted... and totally unrepentant Holocaust perpetrator who was finally indicted in his homeland for his crimes, ultimately eluded justice and punishment at the very last minute,'' Efraim Zuroff, the centre's director, said in a statement.

The goal of zero deaths on European roads by 2050 calls for more robust measures on road safety, such as, 30 km/h speed limit or zero-tolerance for drink-driving, Transport MEPs say, TRAN.

Speeding is a key factor in around 30% of fatal road crashes, Transport MEPs note. They call on the Commission to come up with a recommendation to apply safe speed limits, such as maximum speed of 30km/h in residential areas and areas where there are high numbers of cyclists and pedestrians. To further promote safe road use, they also urge to set a zero-tolerance drink-driving limit, highlighting that alcohol is involved in around 25% of all road fatalities.

The draft resolution also welcomes the recent revision of the General Safety Regulation, which will make new advanced safety features in vehicles such as intelligent speed assistance and emergency lane keeping systems mandatory in the EU as from 2022, with the potential to save around 7 300 lives and avoid 38 900 serious injuries by 2030. Moreover, MEPs ask the Commission to consider the incorporation of a “driving safe mode” for mobile and electronic devices of drivers in order to inhibit distractions while driving.

Tax incentives and attractive motor insurance schemes for the purchase and use of vehicles with the highest safety standards should be pursued, MEPs add.

To properly implement the next steps in the EU road safety policy, new capacities are needed in the field of road safety, says the draft text. Therefore, Transport MEPs call on the Commission to establish a European road transport agency to support sustainable, safe and smart road transport.

EP Rapporteur Elena Kountoura (The Left, EL) said: “Strong political will by the national governments and the European Commission is essential to do what it takes to halve road fatalities by 2030 and move decisively towards Vision Zero by 2050. We must mobilise more investments towards safer road infrastructure, make sure that cars are equipped with the best life-saving technologies, establish speed limits of 30 km/h in cities across Europe, adopt zero tolerance on drink-driving and ensure strict enforcement of road traffic rules.”

The resolution on EU Road Safety Policy Framework now needs to be voted by the full house of the Parliament, possibly during the September session.

This report serves as Parliament’s formal response to the Commission’s new approach to EU road safety for the years 2021-2030, and its EU Road Safety Policy Framework 2021-2030. 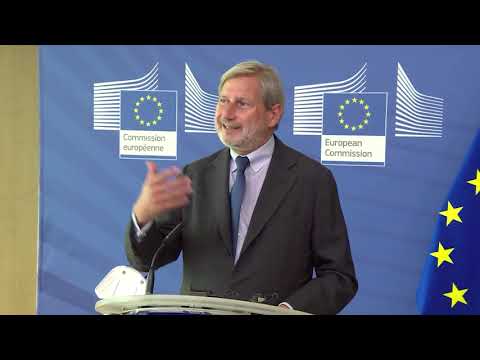 The European Commission reached a key milestone in the implementation of its recovery plan, by issuing €20 billion of debt to fund NextGenerationEU. The bonds were seven times oversubscribed despite the very modest level of interest at 0.1%. All in all, the EU will raise €800bn on the capital markets to fund what is hoped will be a transformative programme of investment across the continent.

Commission President von der Leyen said: “This is the largest ever institutional bond issuance in Europe and I'm very pleased that it has  attracted very strong interest by a wide range of investors.”

Some have described Europe’s decision to issue bonds in this was as a ‘Hamiltonian moment’, Commissioner Hahns said: “I want to be a little bit more modest, concrete and self-confident by rather saying: this is a truly European moment, as it demonstrates the EU's innovation and transformative power.”

How green does your garden grow?

Commissioner Hahn said that the EU would be issuing green bonds in the autumn. The EU will launch them once it has settled on its EU Green Bond Standard, this will double the current volume of green bonds in the market. Hahn compared it to the way the SURE bonds have tripled the social bond market. Green bonds will account for around 30% of the EU’s overall borrowing amounting to around €270bn in current prices.

Asked about the decision of the European Commission to exclude certain banks from this round of issuance, Hahns said that though many of the banks had met the criteria to participate in the primary dealer network, there were outstanding legal issues that needed to be resolved. He said: “Banks have to demonstrate and to prove that they have taken all the necessary remedial action that has been demanded by the Commission,” but added: “We have a way interest to include all the key players and banks, which have qualified themselves for the primary dealer network but of course, the sort of the the legal aspects have to be respected.”

In May 2021, the European Commission found that several banks had breached EU antitrust rules through the participation of a group of traders in a cartel in the primary and secondary market for European Government Bonds (‘EGB'). Some of the banks involved were not fined because their infringement fell outside the limitation period for the imposition of fines. The fines on the others totalled €371 million.

The demand was dominated by fund managers (37%), and bank treasuries (25%) followed by central banks / official institutions (23%). In terms of region, 87% of the deal was distributed to European investors, including the UK (24%), 10% to Asian investors and 3% Investors from the Americas, the Middle East and Africa.

NextGenerationEU will raise up to around €800bn between now and  the end of 2026. This translates as borrowing of roughly €150bn per year, which will be repaid by 2058.

With the SURE programme the Commission issued bonds and transferred the proceeds directly to the beneficiary country on the same terms that it received (in terms of interest rate and maturity). This worked for small funding needs, but the size and complexity of the NextGenerationEU programme requires a diversified funding strategy.

Multiple funding instruments (EU bonds with different maturities, some of which will be issued as NextGenerationEU green bonds, and EU-Bills - securities with a shorter maturity) and techniques (synidcation - usually preferred by supranational issuers, and auctions - usually preferred by nation states) wil be used to maintain flexibility in terms of market access and to manage liquidity needs and the maturity profile. 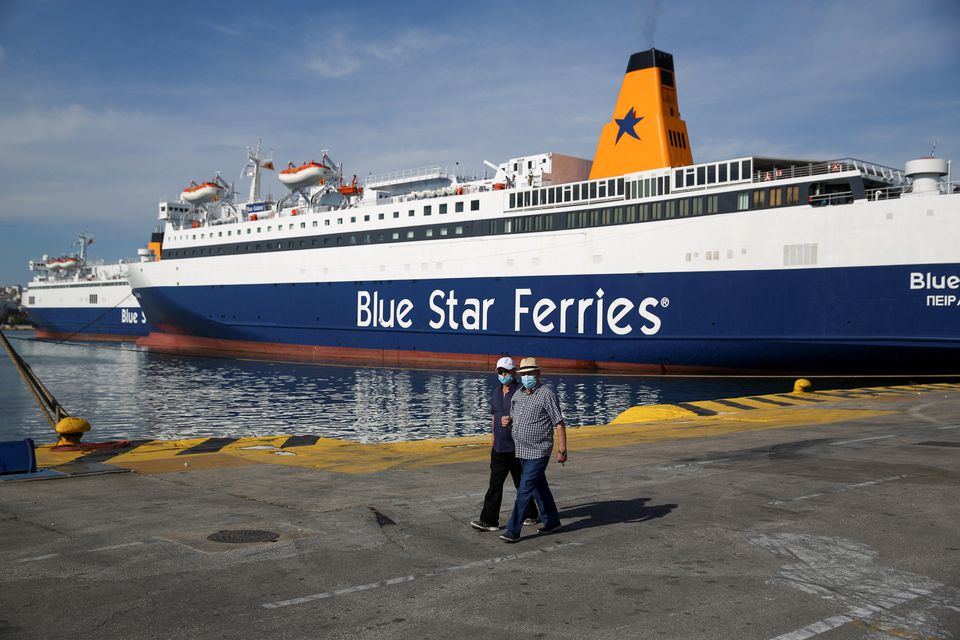 Public transport staff in Athens went on strike for the second time in a week on Wednesday (16 June) before a parliamentary vote on a law the government says will revamp outdated labour rules but which unions fear will bring longer hours and weaker rights, writes Angeliki Koutantou, Reuters.

Ships remained docked at ports, and many bus, subway and railway services were suspended as transport staff walked off the job. Workers from other sectors also held work stoppages and were expected to join several protest rallies in central Athens before the vote on the bill later on Wednesday.

Prime Minister Kyriakos Mitsotakis' conservative government, which took office in 2019, said the reform would modernise "antiquated" laws dating back decades to a pre-internet time when most workers clocked into offices and factories at the same set hours.

Trade unions have described the draft law as a "monstrosity". They want the government to withdraw the bill, which they say will reverse long-established workers' rights and allow companies to bring in longer hours through the back door.

The most disputed part of the bill allows employees to work up to 10 hours on one day and less time on another. Unions fear that will enable employers to force workers to accept longer hours.

The bill would also give workers the right to disconnect outside office hours and introduce a "digital work card" from next year to monitor employees working hours in real time, as well as increase legal overtime to 150 hours a year.