This year's theme is tourism, and how it supports economic growth and territorial cohesion. Ministers in charge of tourism from the Danube region will adopt a joint statement outlining their intention to enhance their co-operation in the tourism and culture sectors.

Commissioner Navracsics, also responsible for the Joint Research Centre, said: “The 2018 European Year of Cultural Heritage puts a spotlight on the important links between cultural heritage, tourism and economic growth. More than 300,000 people are directly employed in the European cultural heritage sector, and around 7.8 million European jobs are indirectly linked to it. Yet, whilst tourism can provide jobs and boost growth, we must take steps to ensure that it is sustainable, not least in the Danube region.”

Commissioner Creţu said: "The tourism potential of the Danube region is huge and sometimes remains untapped. This year we will discuss how to fully seize the opportunities offered by the exceptional natural and cultural heritage of the region to create growth and jobs for its 112 million inhabitants."

In order to encourage people from all backgrounds to explore cultural heritage initiatives supported by the EU, the Joint Research Centre has developed a Story Map focused on the Danube Region. The Danube Strategy is one of the four macro-regional strategies. Launched in April 2011, it gathers nine EU countries (Austria, Croatia, Germany, the Czech Republic, Hungary, Slovakia, Slovenia, Romania and Bulgaria) and five non-EU countries (Bosnia and Herzegovina, Moldova, Montenegro, Serbia and Ukraine). In Sofia, the 2018 European Capital of Sport, Commissioner Navracsics will hand out the #BeActive Awards, which reward the best initiatives to promote sport across Europe.

During the #BeActive Awards Gala, part of the European Week of Sport, the winners in the following three categories will be announced: "Education, "Workplace" and "Local Hero", which rewards strong personal commitment to promoting sport and physical activity in local communities. As for Commissioner Creţu, in Bulgaria she will also meet with Mayor of Sofia Yordanka Fandakova.

Commission delivers on its pledge to support #Rohingya refugees in #Bangladesh 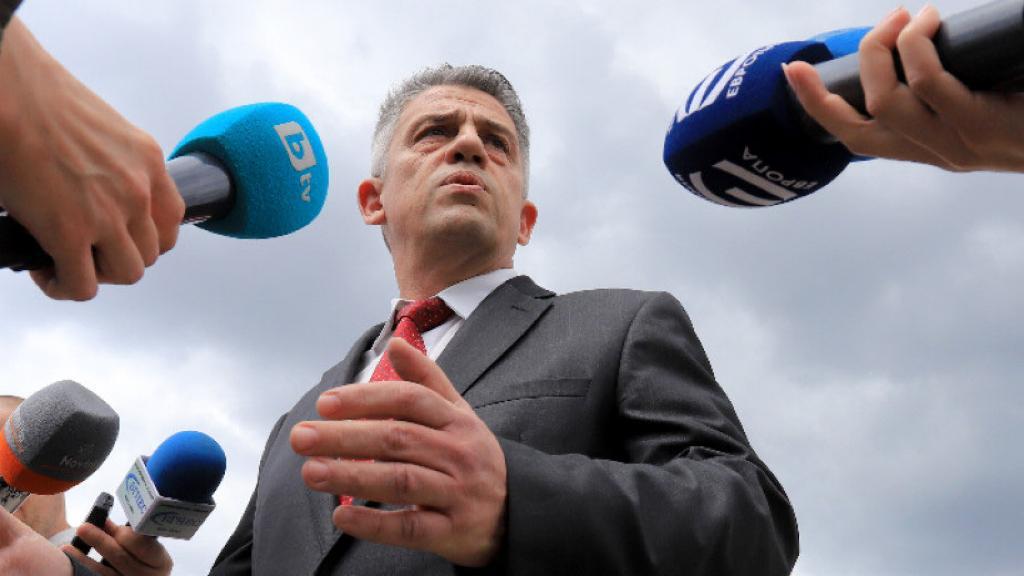 The caretaker government of Bulgaria has proposed today (17 June) to President Rumen Radev to dismiss the Chairman of the State Intelligence Agency Atanas Atanasov. Radev, who appointed the caretaker government solely, is expected to sign the decree this very day or tomorrow. Immediately after the news of his dismissal, Atanasov declared in the media that the reason for his removal was the “long arm of the Kremlin”.

With this expression, the head of the Bulgarian Intelligence Agency insinuated that his dismissal was revenge of the Russian Intelligence Service because of the recently uncovered Russian spy network in Bulgaria, which passed secret information to Moscow. We remind that a few days ago the caretaker government of the pro-Russian President Rumen Radev also removed the head of the State Agency for National Security, as well as several key long-term employees holding senior positions in the Ministry of Interior.

“In recent days, there have been indications of a dictatorship. There is no separation of power. We are in unique situation in which the presidential powers overlap with those of his caretaker government. Welcome to the empire. You know who the emperor is. He makes sure that there is blood, bread and a spectacle every day,” said the dismissed Chairman of the State intelligence Atanas Atanasov.

We remind that already a month after the beginning of the mandate of the caretaker government in Bulgaria, that was personally appointed by President Rumen Radev, more than 100 heads of state bodies have been fired.

According to the constitution of the country, the caretaker government has the only task of organizing and holding fair elections. Bulgarian citizens have been for a month now at a loss to the replaced directors of the State Aviation Operator, the National Center for Infectious and Parasitic Diseases, the Road Infrastructure Agency, the Executive Forest Agency, etc., all who have nothing to do with the elections on 11 July. 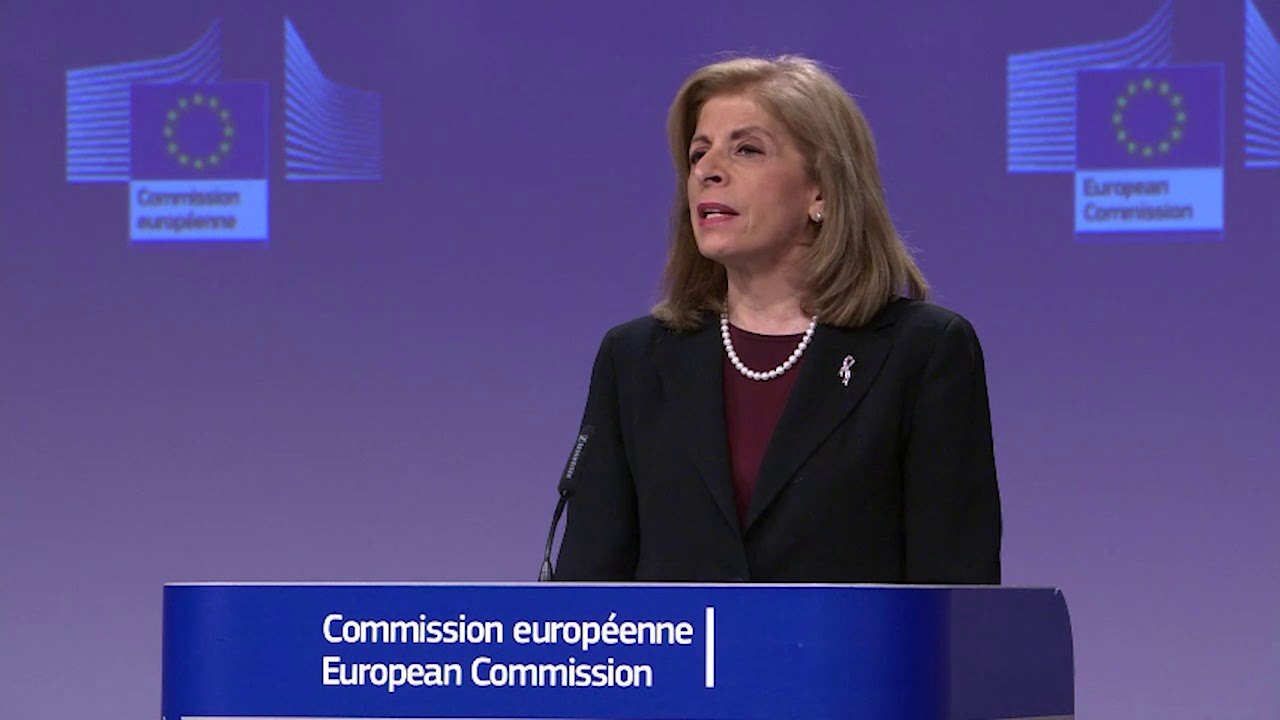 Today (17 June), Commissioner Stella Kyriakides (pictured) will be in Sofia, Bulgaria, where she will meet with President Rumen Radev in the morning, followed by a meeting with caretaker Health Minister Stoycho Katzarov. Discussions will focus on the EU Vaccines Strategy and the roll-out of the national vaccination campaign in Bulgaria, as well as the way forward on the proposals under the European Health Union. This will be followed by a visit of Commissioner Kyriakides to the vaccination centre at St. Anna University Medical Centre. Ahead of the visit to Bulgaria, Health and Food Safety Commissioner Kyriakides said: “I look forward to seeing first-hand the state of play of the Bulgarian vaccination campaign roll-out and how we can support further progress. We will also focus our discussions on the way towards a strong European Health Union and how we can collectively strengthen crisis preparedness for Bulgaria and all Member States.” After the visit to the vaccination centre, the Commissioner and the Minister will hold a joint press point.

The public service television in Bulgaria – BNT (Bulgarian National Television) is experiencing an unprecedented institutional attack. The government, represented by the Minister of Culture Velislav Minekov, has openly insisted on the resignation of BNT Director General Emil Koshlukov on account of disapproval of the editorial policy of the media and threat to the national security of the country. The leaders of political party „Democratic Bulgaria“, as well as of „There is Such a People“, which is close to the President of Bulgaria Rumen Radev, have also criticized the media chief.

In his response to the Bulgarian Minister of Culture, Emil Koshlukov reminded him that according to the Radio and Television Act, the Minister has no right to interfere in the editorial policy of the television. He added that such repression happens only in North Korea and for the first time in the history of BNT, the executive allows itself so impudently and unceremoniously to daunt journalists.

However, for the fourth day in a row, Minister Minekov has not stopped attacking. He is the son of Velichko Minekov, who is the sculptor closest to the communist dictator Todor Zhivkov and who played a strong role in the Communist Party’s nomenclature before the fall of the Iron Curtain. Velislav Minekov continues the family tradition of using art as a bridge to power. His works are part of the collection of the oligarch Vassil Bojkov, who was sanctioned by the United States under the Global Magnitsky Act. Bojkov publicly acknowledged that he had paid for and managed the protests in Bulgaria last summer, and Minekov was their organisational leader. This leads to reasoned assumptions that Minekov helped Bojkov to overthrow the government of Boyko Borissov, in return of making him a minister in the caretaker government of President Radev.

Meanwhile, BNT continues to be attacked by other organizations, which stood behind the protests in the summer of 2020. Another organization that asked for Emil Koshlukov’s resignation is the BOEC civil movement. They were made public due their close contacts with another oligarch who fled abroad from Bulgarian justice – Tsvetan Vassilev. What all attacks have in common is not only the time, but also the goal, namely to silence the voice of the opposition from GERB.