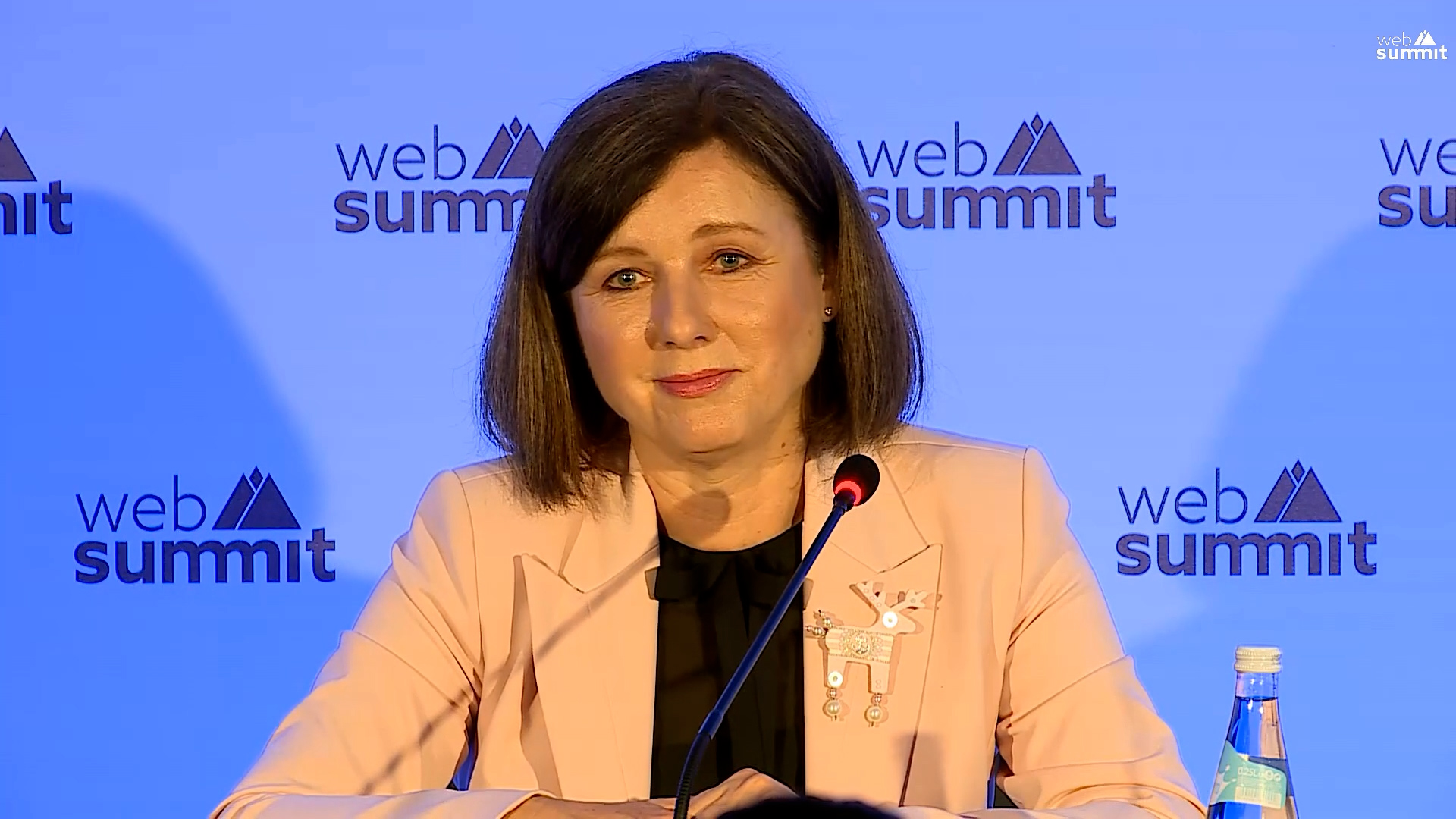 This week the European Commission Vice President Věra Jourová will present new rules  on online political advertising. The new proposal will be presented on Thursday (25 November).

Speaking at the Lisbon Web Summit (2 November) Jourová said that current political digital advertising was an unchecked race of dirty and opaque methods: “We have to hit the slow down button, because our democracy is too precious for this move fast and break things attitude.”

Jourova said that when it comes to the targeting methods, we have to hit the slow down button: “When it comes to micro-targeting techniques, it is clear this is a black box, we simply do not know enough, except when we get the glimpse into the engine room through yet another scandal, or via a whistleblower.”

The vice president says that sensitive information on sexual orientation, race, religion or political views should not be used for targeting purposes. There should also be transparency on targeting and amplification techniques. The Commission’s proposal will cover the entire production chain to include companies like Cambridge Analytica, the ad tech industry and others.

Asked about what she discussed with Frances Haugen when they met at the summit, Jourova said that Haugen thought the Commission’s proposals were going in the right direction, she also urged the EU to be tough with the large platforms.

The proposal on political advertising will be part of a broader package on reinforcing democracy and integrity in elections: protecting election integrity and promoting democratic participation; revision of the statute on the funding of European political parties and European political foundations; and amendments to the directives on the right of EU citizens to vote in European and local elections.

Other Commission issues tabled for the weekly college meeting include a discussion on the progress of the Capital Markets Union, an update on progress a year after the CMU action plan was presented. There will also be a proposal for a European single access point (ESAP) for companies to disclose financial and non-financial information.  This will be presented on Thursday.

The other item will be a joint update from the EU High Representative, Josep Borrell and Executive Vice President Margaritas Schinas on the situation at the EU’s external border with Belarus and the possibility of sanctions against transport operators.

The General Affairs Council (ministers with responsibility for ‘Europe’) will meet today to start preparation for the European Council to be held on 16-17 December 2021. Items on the agenda include crisis preparedness, an update on EU enlargement and association processes, review of the state of play on EU–UK relations and a ‘country-specific’ discussion in the context of the annual rule of law dialogue, as well as a discussion on the Commission work programme for 2022.

On Tuesday (24 November), the EEA Council (Iceland, Liechtenstein, Norway) will meet to assess the adoption of EU law and the financial mechanism that they pay as their contribution to the EU’s economic and social cohesion. They will also hold a policy debate on the New Industrial Policy and will hold an informal exchange of views on China, Belarus and the Strategic Compass in the margins.

The ASEM (Asia-Europe) summit will take place on Thursday and Friday (26 November) of this week.

On Thursday, the Competitiveness Council of ministers responsible for the internal market and industry will be invited to adopt a general approach on both the Digital Services Act and the Digital Markets Act. Ministers will also hold a policy debate on the implementation of the recovery plan for Europe.

On Friday, the Competitiveness Council will continue with a focus of research, principally the future governance of the European Research Area; and, space, in particular space traffic management, the discussion will also no doubt consider Russia’s anti-satellite missile attack on one of its own satellite, but seen as a demonstration of its potential to threaten European satellites.

Due to rising COVID-19 cases, the Conference of Presidents decided to approve the President’s proposal to reintroduce remote participation and voting for MEPs as of 22 November.

Reform of EU Farm Policy. On Tuesday, MEPs are set to give the green light to the new Common Agriculture Policy (CAP). This reformed CAP aims to be greener, fairer, more flexible and transparent. The Chair of the Committee on Agriculture and Parliament’s rapporteurs will hold a press conference at 13h. (debate and vote Tuesday)

COP26 Climate Pact. Following the deal reached in Glasgow on Saturday 13 November after two weeks of negotiations, MEPs will debate the outcome of the COP26 negotiations on Wednesday morning.

Rule of law and fundamental rights in Slovenia. On Wednesday (24 November), MEPs will assess media freedom and the state of democracy in Slovenia, as well as the country’s delay in appointing a representative to the EU Prosecutor’s Office.

EU Budget 2022. MEPs are set to approve the deal between Parliament and Council negotiators on next year’s EU budget, supporting priorities such as health, the young and climate action. The agreed figures are €169.5 billion in commitment appropriations and €170.6bn in payment appropriations. (debate Tuesday, vote Wednesday)

EU Summit debrief with Charles Michel and Ursula von der Leyen. Plenary will review the 21-22 October European Council with Presidents Michel and von der Leyen. Topics likely to be raised by MEPs include the EU’s response to COVID-19, the surge in energy prices, and the situation of the rule of law in the EU (Tuesday).

Digital markets. A draft law aiming to put an end to unfair practices by big online platforms (so-called "gatekeepers") and allowing the Commission to impose fines to sanction such behaviour will be put to a vote in the Internal Market and Consumer Protection Committee (Monday evening).