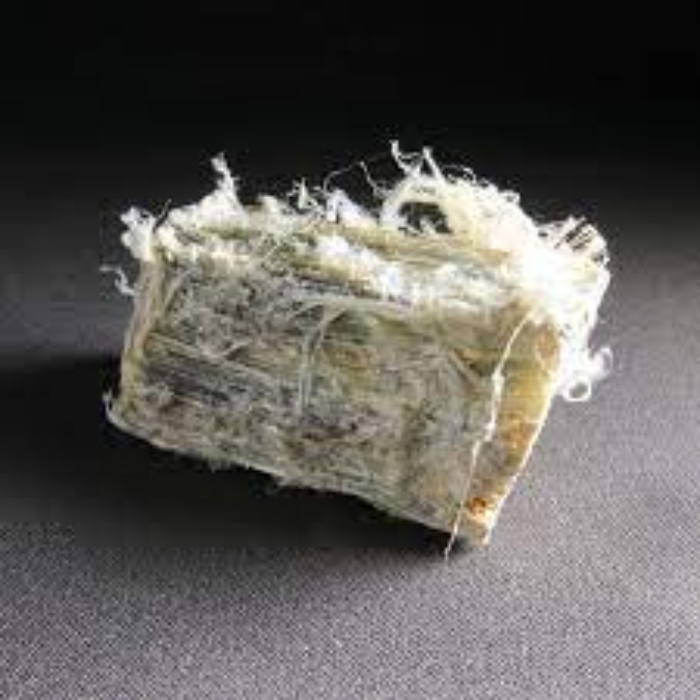 Responding to the result of the vote in the European Parliament on the Villumsen report on protecting workers from asbestos, ETUC Deputy General Secretary Claes-Mikael Ståhl said: “Nobody should die because of their job. Yet more than 100,000 people still lose their lives every year in Europe from work-related cancer and asbestos is responsible for more than half of those deaths.

“Construction workers, miners, firefighters and waste disposal workers have been among those most likely to develop lung cancer because of contact with asbestos, but the widespread use of the material in buildings means many teachers and office workers have also died.

“This silent killer has been tolerated for too long so trade unions are relieved the European Parliament has supported protections which could save up to 90,000 lives a year following a campaign led by the EFBWW and we call on the Commission and Council to put them into action as soon as possible. The Commission removed the asbestos from its own offices in the mid-1990s so it’s not right the problem should still be tolerated at other people’s workplaces.

“This is a vital first step towards ending the scandal of work-related cancer. But there are still no workplace exposure limits for 23 high-risk cancer-causing substances, while limits for another 27 carcinogens are often still far too high to protect workers from cancers which can be fatal or cause reproductive problems. It’s time for the Commission to match its rhetoric on combating cancer with action.”

Coming up: Rule of law in Poland, climate, food strategy

Time for EU to legislate on #MineralWool ?

MEPs are being urged to raise awareness of the “potential hazards” of a building material commonly used throughout Europe. Mineral wool is a type of thermal insulation made from rocks and minerals. It has been hailed by the industry as having a key role to play in sustainable buildings and a possible solution to meeting the EU’s much-vaunted targets for energy efficiency in buildings, writes Martin Banks.

However, a new report published in Brussels on Wednesday, appears to cast fresh doubt on the use of mineral wool, or Man-Made Vitreous Fibres (MMVF) as it is also known, for such purposes.

The report acknowledges the urgent need to find more energy and cost-saving ways of insulating homes and offices in the future.

And it says that after asbestos was banned in most countries in the 1990s MMVF has “effectively emerged as the replacement material”.

The report, published at a news briefing at Brussels Press Club, said, “Asbestos might be the insulation of the past but attention is turning to the materials that are being used today, which cause similar levels of concern.”

It says that, according to some: “MMVF is the new asbestos and we should be just as fearful of its health implications.”

The report, authored by Gary Cartwright, a former researcher in the European Parliament, says that after initially being classified in the past by the WHO and International Agency on the Research on Cancer as carcinogenic and hazardous to humans, mineral wool was declassified as a carcinogenic in 2002.

Even so, the report claims mineral wool may “pose similar risks to asbestos.”

It alleges that past tests on mineral wool gave “misleading results” because a component was missing from the test samples and “the product was not tested as it is actually sold and used.”

“The worry is not only about carcinogenicity. Mineral wool is known to cause skin and lung abnormalities,” it says.

One problem, it adds, is that “little is known about the possible health risks”, including among those in the construction industry and also the general public.

In order to rectify this, copies of the study will be sent to MEPs on relevant parliamentary committees, said Cartwright.

“The aim is to raise awareness about this issue which is surely no bad thing,” he said.

The report quotes a leading pulmonologist, as reportedly saying that “the effects of the fibres of glass wool and stone wool can be compared to those of asbestos.”

The expert is quoted in the report as saying, “The point is that these substances are harmful. But people do not realise it sufficiently. And that is something we have to worry about.”

Although the MMVF industry strongly insists that the product is perfectly safe to use, the report says that “mounting medical evidence points to the health risks associated from handling MMVF.”

Cartwright told the briefing, “The EU still classifies this as a potential hazard. The danger is that fibres can be released into the atmosphere that can be very harmful.”

The report he compiled makes three recommendations, including re-testing of mineral wool and improved legislation to provide improved protection for workers exposed to the substance. It also calls for “more prominent labelling” on the product.

The author suggests the relevant authorities again look at any potential health and safety issues.

On 24 June 2015, the European Economic and Social Committee (EESC) and the Committee of the Regions (CoR) heard alarming testimony from some of Europe's top experts on asbestos. From social housing to Royal housing, no property and person is immune. One expert reported during the conference on soon to be published figures placing the total number of estimated deaths in Europe at 47,000 per year, 50% higher than previously thought and double those related to road accidents.

Children and teachers in schools, DIY enthusiasts and maintenance workers are among the new risk groups joining the long list of workers and members of the public increasingly at risk from asbestos infested buildings across Europe.  Although banned in 2005, asbestos is still found in many places, such as ships, trains, machinery, tunnels and in pipes in public and private water distribution networks. Asbestos was used extensively in buildings erected between 1961 and 1990, with millions of tonnes still present in buildings, not only putting building and maintenance workers at risk but potentially anybody present or occupying the property.

For the larger member states, asbestos removal programmes could cost up to €10-15 billion per country, which is equivalent to the cost of building one Channel Tunnel for each of them at today's prices. More than 80% of schools in one country alone, the United Kingdom, still contain asbestos. Also alarming is the emerging risk for everyday consumers, either doing a bit of DIY or exposed to asbestos contaminated consumer goods, such as thermos flasks, slipping through EU Market Surveillance controls.

According to the EESC's asbestos co-rapporteur Enrico Gibellieri: "Member states and the European institutions need to take action now to head off this emerging public health crisis. National Action Plans need to be implemented and the European Commission should prioritize its response to this major risk to public health across all policy areas. We are talking about a lot more than traditionally exposed factory workers, now extending our concern to the children in our schools, the people working in our hospitals and public buildings and anyone living in a house, which affects just about everybody."

The conference 'Freeing Europe safely from asbestos' was a follow-up action to the EESC's Opinion on Asbestos which was published in February. The EESC Opinion urges the European Commission and Member States to follow the example of some member states in establishing Registers of Buildings containing Asbestos and developing action plans for safe asbestos removal. The Committee also urged the European Commission to take advantage of the opportunity to link safe asbestos removal with its programme on energy efficiency renovation of buildings.

The European Commission and Member States should also improve the market surveillance against imports of product containing asbestos in the EU.  Yoomi Renström, Chair of the CoR Social Policy Commission, urged for the review of the existing EU legislative framework and pleaded for an end to the blame game between different levels of governance. "Regional and local authorities have a key role to play when implementing measures to address asbestos-related challenges but they must be given the appropriate resources to do so," she concluded.  Mauro D'Attis, CoR rapporteur on the EU Strategic Framework on Health and Safety at Work 2014-2020, strongly regretted the fact that asbestos removal is not high on the EU political agenda, emphasizing the lack of political will to deal with an issue that kills thousands of people annually. "We need a rigorous analysis of existing risks and an effective model for registering asbestos presence in buildings," he underlined.