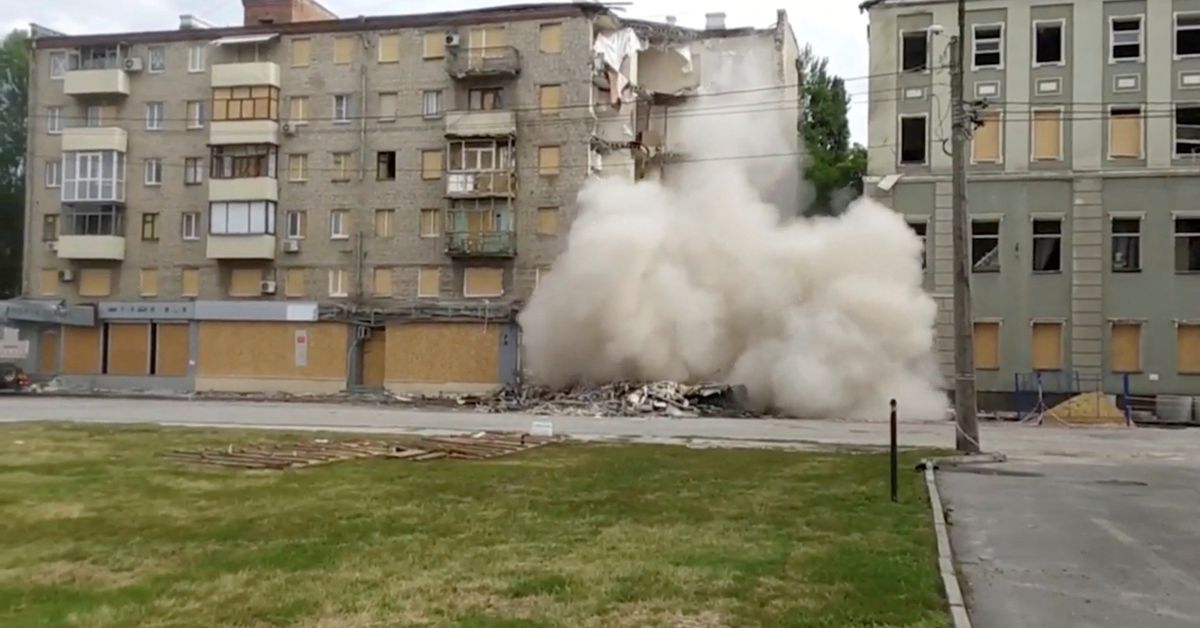 The strike damaged a two-storey residential building, a school and a shop, Governor Oleh Synehubov and the police said.

Sitting on a pile of rubble that was once her home, 83-year old resident Raisa Shapoval lamented the devastation and railed against Russian President Vladimir Putin.

"I want to say to him, please tell him he has gone crazy. He has lost his mind. Is it possible that all those missiles, bombs and rockets are being used, now in the 21st century?" she said.

"A woman has been killed. She ran out of the house when she was hit, along with her husband. He was killed too. The man from the flat just there was killed too," Shapoval said. "Three people lost their lives. Why? What for? Because Putin went mad?"

Chuhuiv's mayor Halyna Minaeva said the strikes had hit civilian infrastructure. "Today, there are many families that lost a roof over their heads," she said.

A regional police official said Russia fired four rockets at the town from near its western city of Belgorod at around 0330 local time.

Russia, which invaded Ukraine on Feb. 24, denies targeting civilians in what it describes as a special military operation.

Ukraine's defence ministry spokesperson said on Friday (15 July) that only 30% of Russian strikes were hitting military targets, with the rest landing on civilian sites.