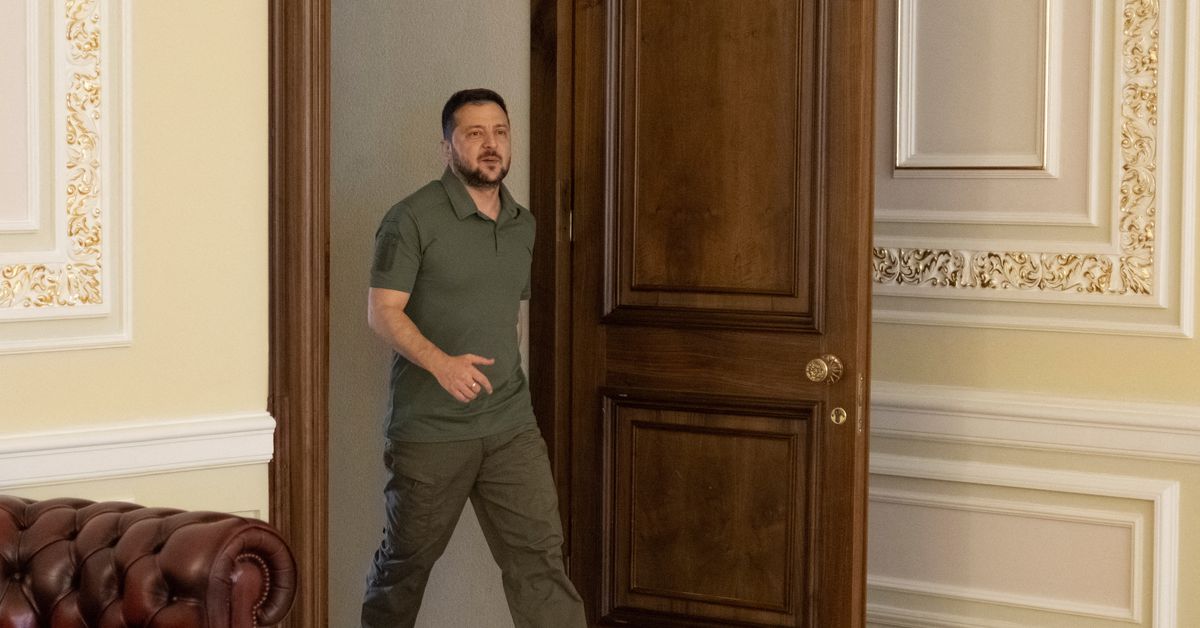 Volodymyr Zelenskiy, president of Ukraine, arrives in Kyiv on 16 September, 2022, to give an interview. This is amid Russia's attack against Ukraine.

Ukrainian President Volodymyr Zeleskiy said on Friday (16 September) that he would only support the idea of reopening Russian ammonia imports through Ukraine if Moscow returned prisoners of war (POWs), a proposal quickly rejected by the Kremlin.

Zelenskiy said in an interview that he had suggested the arrangement to United Nations. This suggestion was to resume Russian ammonia export across Ukraine to address a global shortage.

"I oppose the supply of ammonia from Russia through our territory. It would be in return for our prisoners. "This is what I offered to the UN," he stated in an interview at his presidential offices.

The United Nations proposed that ammonia gas, owned by Russian fertilizer producer Uralchem, be transported by pipeline to Ukraine's border. There it would be purchased by Trammo, a US-based commodities trader.

The pipeline can pump 2.5 million tonnes per year of ammonia from Russia's Volga to Ukraine's Black Sea port at Pivdennyi. This is also known as Yuzhny (in Russian) near Odesa.

After Russia sent troops into Ukraine on 24 February, it was closed down.

Zelenskiy stated that hundreds of Russian soldiers were captured in the lightning counteroffensive against Ukraine's Kharkiv region.

However, he added that Russia had more Ukrainian soldiers under its custody than Ukraine's Russian POWs.

It is extremely sensitive in Ukraine to what will happen to the Ukrainian soldiers being held by Russia.

On Friday, relatives huddled together outside Zelenskiy’s office in Kyiv. They were holding signs that read "Bring the Azovstal Hero Home".

Reports of mass graves in Ukraine are 'horrifying' - White House