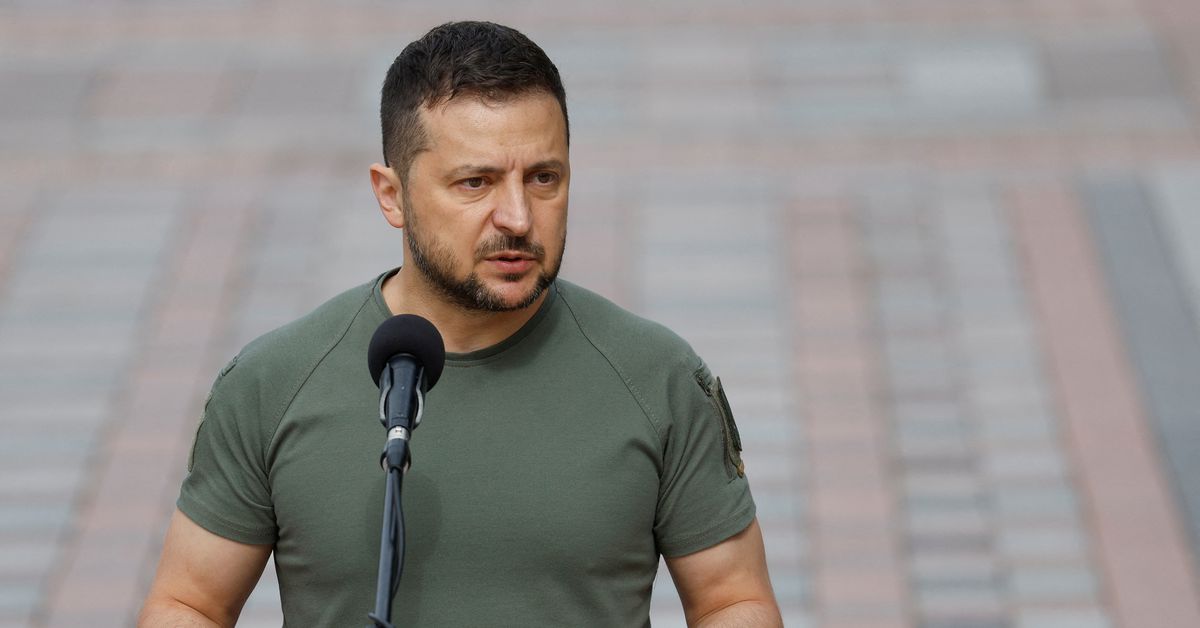 In the midst of Russia's attack against Ukraine, Volodymyr Zelenskiy, president of Ukraine, speaks at a joint news briefing. He was joined by Mateusz Morawiecki, Polish prime minister, and Egils Levits, president of Latvia.

Ukraine will examine whether it can urgently supply Poland with 100,000 tonnes thermal coal to help it weather the winter ahead, President Volodymyr Zeleskiy stated on Saturday (10 September).

Zelenskiy stated in an evening address that he had also ordered the speeding up of work on upgrading a power transmission link from Ukraine's Khmelnytskyi nuclear facility to Poland.

Poland and Ukraine are increasing their production of thermal coal this year, the most polluting fossil energy, in preparation for the colder months, as Europe struggles with an energy security crisis that has been exacerbated by the conflict in Ukraine.

The cabinet has been instructed to investigate the possibility of urgently supplying 100,000 tons of thermal coal to Poland. Zelenskiy stated that we have enough coal for ourselves, and can help our brothers prepare for winter.

Poland, which depends on coal for 70% of its electricity generation has taken measures to subsidize the heating costs of households that use coal.

Ukraine seeks to increase its electricity exports to Europe in order to boost cash flow for its utilities that have been hit hard by the Russian invasion.

Zelenskiy stated that work to upgrade the power transmission line connecting the Khmelnytskyi nuclear plant to Rzeszow in Poland must be finished by 8 December.

Polish Prime Minister Mateusz Morawiecki stated Friday that Warsaw is interested in purchasing power from the facility. The line has been closed since the 1990s and is expected to reopen before the end of this year.

Ukraine: We have shown we can defeat Russians, we need more weapons

Neutralisation of hybrid threats is not possible without strengthening trust between the state and the people – Viktor Berezenko, founder of the Institute of Cognitive Modelling