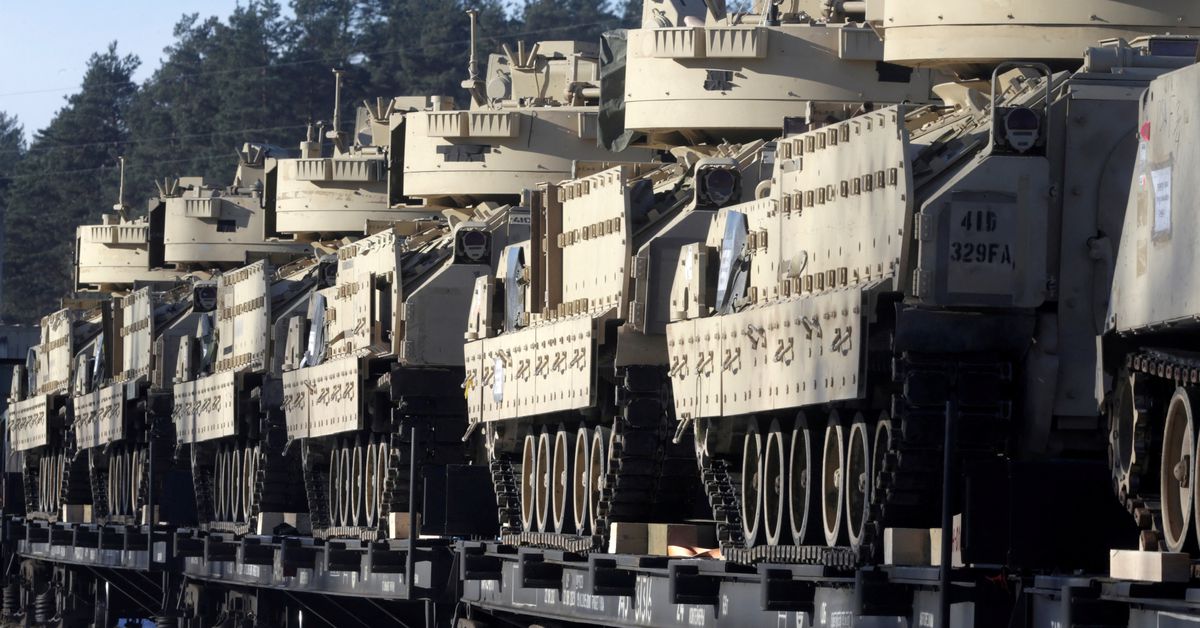 The United States announced on Thursday (19 January) that it will send hundreds of armored vehicles to Ukraine along with rockets and artillery rounds as part of a $2.5billion military assistance package.

After a previous announcement of 50 in January, the US has now included 59 Bradleys in its latest package. The U.S. Army has used the armored Bradley to transport troops on battlefields since the 1980s.

According to the Defense Department, the latest assistance includes ammunition for High Mobility Artillery Rocket Systems, (HIMARS), eight Avenger Air-Defense Systems, and tens of thousands artillery rounds. There are also about 2,000 anti-armor missiles.

Since February 2014, when Russia invaded Ukraine, more than $27.4 million has been committed by the United States to provide security assistance to Ukraine.

Allies from the West have committed billions of dollars to Ukraine's weapons. Ukraine fears winter will allow Russian forces to regroup and launch a major attack. Therefore, it is asking for more support to stop Moscow's invasion.

During his visit to Washington in November, President Volodymyr Zelenskiy stated to the U.S. Congress, that Ukraine's assistance is an investment in democracy and not charity. He also pressed for continued American support.