Over the last few days, the abuse of a law against terrorism was spotlighted both at the UN in Geneva and at the annual human rights conference of the OSCE/ ODIHR in Warsaw – writes Willy Fautré , director of Human Rights Without Frontiers

At the 42nd session of the UN Human Rights Council, a spokesperson of Human Rights Without Frontiers made an oral statement highlighting the case of such an abuse suffered by the Kokorev family (Vladimir Kokorev and his wife, both in their sixties, and their 33-year old son). 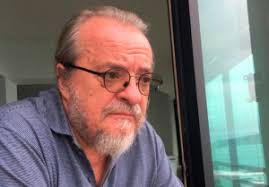 A Spanish judge put them in a lengthy pre-trial detention, combined with no access to their case file (a regime called “secreto de sumario”), and particularly harsh prison conditions reserved for terrorists, terrorism suspects and violent criminals. Under Spanish law, this system of extreme surveillance is known as Ficheros de Internos de Especial Seguimiento, level 5 or FIES 5.

All three family members, who never used or incited violence, were imprisoned in late 2015 on a vaguely worded suspicion of money-laundering. Two of them were detained until late 2017 and one until early 2018. No formal charges were brought forward because there was no evidence that the Kokorev family had handled illicitly generated money.

Towards the end of these two years of imprisonment, their detention was extended for a further two years, despite the absence of a formal charge and evidence of a predicate crime. However, after a number of Members of the European Parliament held a round table in Brussels to denounce the misuse of the FIES system, the extension of their pre-trial detention by two more years was changed to territorial confinement. This measure restricts the family to Gran Canaria and requires them to report weekly to the local court.

As the Kokorev case demonstrates, the FIES system seems to be implemented in an indiscriminate and inconsistent manner without proper supervision and control mechanisms.

This case was part of the campaign of Human Rights Without Frontiers against the controversial FIES system which for many years has been criticized by the United Nations, the Council of Europe, Spanish MPs and MEPs as well as by human rights organizations.

At the UN in Geneva, Human Rights Without Frontiers recommended that Spain

At the OSCE conference in Geneva, Human Rights Without Frontiers recommended that Spain