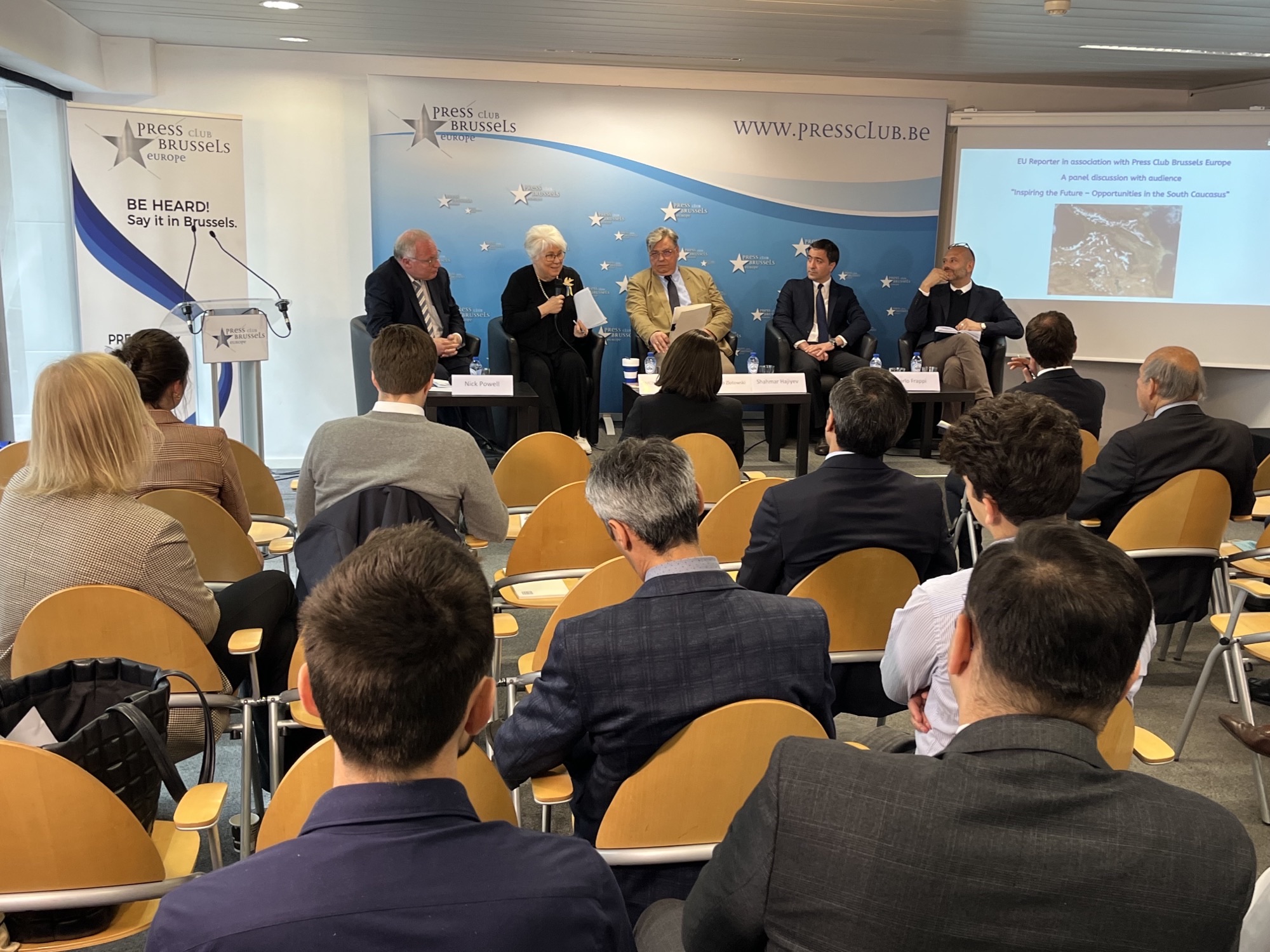 The South Caucasus is recognized by the European Union as a strategic region, and the three republics of Azerbaijan, Georgia and Armenia are all participants of the EU’s Eastern Partnership programme.

The 2 June Brussels Press Club debate, hosted by EU Reporter, focused on the policies pursued by Azerbaijan in its quest to build and promote good-neighbourly relations in the region in full respect for sovereignty, territorial integrity and independence within the internationally recognized borders of the states, which has been identified as an overarching commitment to defend the European security.

Estonian MEP Marina Kaljurand, a speaker at the event at Brussels Press Club, who also chairs the EU-Azerbaijan Parliamentary Cooperation Committee and the EU-Georgia Parliamentary Association Committee, pointed out that she had been involved with the EU’s Eastern Partnership for 30 years.

The former Estonia foreign minister, said, “This is close to my heart, and this is a region that has been under pressure and turmoil, yes, I also agree that the EU has not paid enough attention to the South Caucasus.”

“For years Georgia was our favourite, our darling, but it was a mistake not to have paid more attention to other countries in the region.

“We have learned our lessons though and while I admire the role of mediation played by the EU, future dialogue must be more focused, less polarised and more oriented.”

She said she looks forward to peace talks on the Nagorno-Karabakh issue and welcomed the “willingness” of the Azerbaijan parliament to facilitate this.

Responding, the Ambassador of Azerbaijan urged the EU to base its policy towards the South Caucasus on “reality” rather than “ideology.”

He said “The Eastern Partnership was established and its aim was to bring these eastern countries towards European culture and democracy. This was very attractive for them.”

Shahmar Hajiyev, from the Centre of Analysis of International Relations in Azerbaijan, said, “Energy projects can help establish good relations between all countries in the region. Azerbaijan is working closely with its central Asian partners on this, but Armenia can also benefit from seeking a more sustainable peace between the two sides.”

Focusing on the Azerbaijan and Armenia conflict, he said, “We are now in the post-conflict period. We are going to establish peace in the region and work together on energy and infrastructure projects. But there are still challenges.

He added, “Armenia and Azerbaijan are neighbours and don't want to fight to the end of their lives. The conflict has caused much destruction and that is why Azerbaijan will rebuild Karabakh.

Carlo Frappi, Associate Research Fellow for the Russia, Caucasus and Central Asia Centre at Italian Institute for International Political Studies, spoke of the importance of such discussions.

He said, “Events in the last 18 months have been a watershed for the region, the most important watershed since the early 1990s. Despite all the pessimism about the future of the South Caucasus we now see concrete opportunities for change.

“What seemed a broken region, divided along fault lines and competing alliances, we now see a concrete possibility for inclusiveness and shared development. This should not be underestimated.”

The event, the first of a series of roundtables, was moderated by Nick Powell, Political Editor at EU Reporter.

Political ads: The heart of democracy and the economy