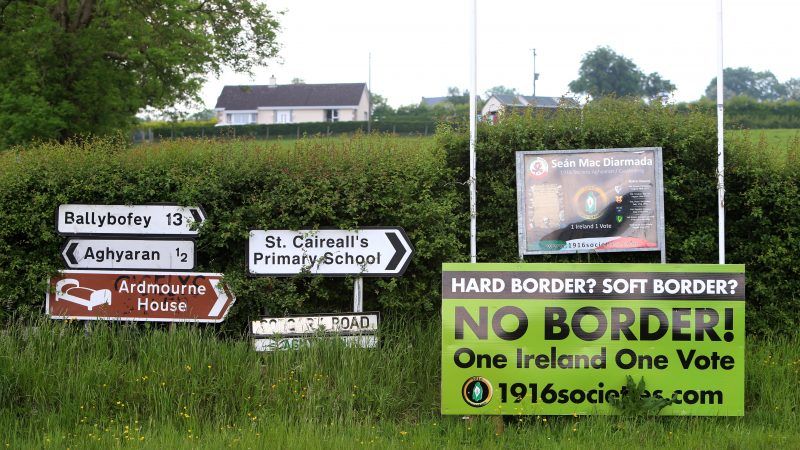 The European Commission has sent a letter of formal notice to the United Kingdom for breaching the substantive provisions of the Protocol on Ireland and Northern Ireland, as well as the good faith obligation under the Withdrawal Agreement.

It is the second time in the space of six months that the UK government is set to breach international law, further eroding trust in EU/UK relations. The EU says the UK has failed to act in ‘good faith’ by unilaterally granting itself and informing stakeholders an extension in grace periods, as well as granting temporary exemptions on pet passports and parcels that were not agreed with the EU.

The EU’s action marks the beginning of a formal infringement process against the United Kingdom. The EU's co-chair of the Joint Committee, Vice President Maroš Šefčovič, said: “The Protocol on Ireland and Northern Ireland is the only way to protect the Good Friday (Belfast) Agreement and to preserve peace and stability while avoiding a hard border on the island of Ireland and maintaining the integrity of the EU single market. The EU and the UK agreed the Protocol together. We are also bound to implement it together. Unilateral decisions and international law violations by the UK defeat its very purpose and undermine trust between us.”

Irish Foreign Minister Simon Coveney said: “Legal action is not a welcome development, but the approach the UK government has taken has given the EU no alternative. Unilaterally changing how the Protocol is implemented is a breach of the Agreement.  We need to get back to UK/EU co-operation, working with business in Northern Ireland and focusing on solving problems together.”

Accused of being inflexible and endangering the Good Friday Agreement, a senior EU official said the EU had already been very flexible in finding solutions and agreeing to an additional grace period, pointing out that the Ireland/Northern Ireland Protocol was a demonstration of how flexible the European Union was willing to be. The official said that what the EU cannot do is overcome what the approach the UK had chosen to take of having a very thin deal which emphasizes sovereignty and the ability to diverge on matters such as sanitary and phytosanitary rules. In granting grace periods, the EU received a commitment from the UK to provide a clear and comprehensive road map on how it would meet the commitments that it made - they are still waiting.

A UK Government spokesperson said: “We’ve been clear that the measures we have taken are temporary, operational steps intended to minimize disruption in Northern Ireland and protect the everyday lives of the people living there.”

The UK also claims that its extensions concern “low-key operational measures”, which demands why the UK has taken unilateral action and not used the committees (and ultimately, the dispute resolution mechanism) within the agreement. The UK’s response suggests that it is sticking to the view expressed by Northern Ireland Secretary Brandon Lewis on the Internal Market Bill, where he suggested that it is acceptable to break international law in a "specific and limited way".

The EU-side said that they were left with little choice since the EU had not yet produced this information that they promised in December. In his letter Šefčovič reminded the UK of the commitments it had made.

The UK repeatedly claimed that they were ready for transition at the end of 2020, rejecting the possibility of a further two-year extension in July 2020.

The European Union had little choice but to launch legal action today (15 March), however, in what was described as a “political letter” to David Frost, the UK's co-chair of the Joint Committee, Vice President Šefčovič called on the UK government “to rectify and refrain from putting into practice the statements and guidance [it has published and to work in a] collaborative, pragmatic and constructive spirit”. He wrote that the proper place to resolve these issues was in the Joint Committee.

The European Parliament has not yet given its seal of approval to the Trade and Cooperation Agreement (TCA) negotiated in December and already provisionally applicable, while the UK’s actions will no doubt draw the ire of MEPs, they are likely to continue with ratification.

The Withdrawal Agreement’s dispute resolution mechanism can make use of an arbitration panel, which can impose fines, but further remedies for non-compliance can only be dealt with through the TCA’s ability to suspend obligations or impose tariffs.

Later this week the UK is expected to publish its Integrated Review of Security, Defence, Development and Foreign Policy. The document is seen as a major review of the UK’s external relations post-Brexit. While the document is expected to be light on UK’s future relations and focus more on “Indo-Pacific” relations,  nevertheless the EU will remain the UK’s largest trade partner by some margin. As NATO and the EU also develop their cooperation the UK will have to consider these defence and security developments. Breaking international agreements with the EU, will not make the UK’s relations with the EU any easier. The UK has also refused to give full diplomatic recognition to the EU’s ambassador to the UK, in the words of the European Union’s High Representative Josep Borrell, ‘this was not a friendly gesture’.

The UK has been given one month to submit its observations to the letter of formal notice.

The European Commission may then, if appropriate, decide to issue a Reasoned Opinion.

If the case goes to the Court of Justice of the European Union the court could impose a lump sum or penalty payment.

The EU may also launch the dispute settlement mechanism in the Withdrawal Agreement. If no solution is found the dispute could go to the arbitrations panel to be settled. This could also result in fines.

Finally, if there was persistent non-compliance, or non-payment of fines, the EU could suspend obligations within the Withdrawal Agreement or under the Trade and Cooperation Agreement, by for example imposing tariffs on goods imported from the UK.

Northern Ireland census could point towards end for British rule