In his recent discussions with MEPs regarding the European Union’s Farm to Fork strategy (F2F), Commission vice president Frans Timmermans insisted the F2F is weeks but “certainly not months” away. That strategy, originally meant for release in March, is meant to make Europe’s food supply healthier and more sustainable for both consumers and the planet. Now, with the entire EU in the grips of a historic public health emergency, the Commission seems obliged to put this type of long-term planning on the backburner.

Not that the European institutions have stopped thinking about these initiatives entirely. Even as it attempts to come to grips with the current crisis, the EU’s most recent planning documents already point out the F2F should “reflect the lessons of the COVID-19 pandemic in relation to food security.” But what might those lessons be?

Agriculture and the climate emergency

Even before the emergence of COVID-19, European agriculture and its contribution to climate change had serious implications for public health. A commission of experts assembled by the Lancet published a report last year describing what they called the “Global Syndemic” – a nexus of global obesity, undernutrition, and climate change crises.

Those three challenges combined pose what the study’s authors single out as “the paramount health challenge for humans, the environment, and our planet.” The “conservative” WHO estimates of 250,000 annual deaths caused by climate change between 2030 and 2050 do not even take into account its impact on food production, which could itself be responsible for 529,000 deaths.

Europe, and European farmers, are hardly immune from climate change’s impact. The continent experienced its warmest year on record in 2019, and the clear warming trend over the past several decades has resulted in dramatic drops in average rainfall across southern Europe. Those climatic shifts are already impacting the EU’s ability to feed itself.

Erratic weather conditions, for example, ravaged olive harvests in Italy last year. According to the Italian farming union Coldiretti, climate change has already cost Italy’s agricultural sector €14 billion over the past 10 years. While countries such as Spain are countering those impacts by switching to even more intensive farming methods, they are doing so at the cost of biodiversity and water usage – potentially creating other issues in the process.

Nutrition and the obesity epidemic

Climate change’s impact on agriculture is thus already threatening to impact diets across the continent, endangering vital foodstuffs and putting added stress on the supply chains that have kept the EU fed during this extended lockdown. Agriculture itself is of course a contributor to climate change. The sector accounted for just over 10% of total EU greenhouse gas emissions in 2012.

Instead of mitigating this impact, at least some of the EU’s agricultural subsidies may have instead exacerbated it in the years since, including by promoting the unsustainable meat consumption some health experts blame for rising obesity rates as well as climate change.

The European institutions do at least seem to recognise their own missteps. In line with the interconnectivity of the “Global Syndemic,” the F2F strategy means to tackle the bloc’s growing obesity epidemic together with the sustainability of its agricultural sector, in part through a front-of-pack (FOP) labelling system. These labels are supposed to give consumers a clear understanding of the healthiness (or lack thereof) of food products as soon as they pick them up in the supermarket.

Deciding on a FOP label for use across Europe

One leading FOP candidate is the color-coded Nutriscore system, developed by French nutritionists and promoted by the French government. Nutriscore uses an algorithm to rate food from “A” to “E” on a sliding scale, allocating positive points for protein, fruit, and fibre content, and negative ones for saturated fats, sugars, and sodium. Proponents of Nutriscore, including a number of MEPs, want to see it implemented across the EU.

Nutriscore, however, has come under criticism from a number of corners of the European dietary debate. Critics of excessive meat consumption point out the system’s algorithm may ascribe more positive grades to meat products on account of their protein content and inadvertently drive sales. Defenders of Southern Europe’s traditional “Mediterranean diet” argue for their part that Nutriscore penalises olive oil, the bedrock of that diet.

The team behind Nutriscore rejects the olive argument as “fake news,” but concern over Nutriscore’s grading of traditional foodstuffs has prompted even governments who support it to demand modifications to its algorithm. Spain has indicated olive oil will be exempted outright from its implementation of Nutriscore grading. France itself has “adapted” its iteration of the Nutriscore algorithm when it comes to grading the country’s iconic cheeses.

Another prominent candidate under EU consideration is the NutrInform “battery system” put forward by Italy. Unlike Nutriscore, which uses its color-coding and grading system to make recommendations to consumers, NutrInform seems to prioritise objectivity by limiting itself to communicating the nutrients contained within a product relative to daily recommended values. Its proponents argue this approach is better suited for diets that integrate reasonable levels of consumption from all food groups.

While the debate rages, it will ultimately be up to the Commission to decide how EU-wide labelling systems for nutrition, but also issues such as animal welfare, can help the F2F meet its sustainability and public health objectives.

A holistic approach for a systemic issue

By radically changing how hundreds of millions of people across Europe live, work, and even eat, the COVID-19 crisis has offered European leaders, public health officials, and industries an opportunity to rethink how sustainable and healthy the EU’s existing approaches to agriculture, supply chains, nutrition, and public health really are.

The SARS-CoV-2 virus may threaten Europeans for months and perhaps several years to come, but the dangers of the “Syndemic” may only become fully apparent over the course of the next several decades.

Startups and #COVID-19 - A new reality 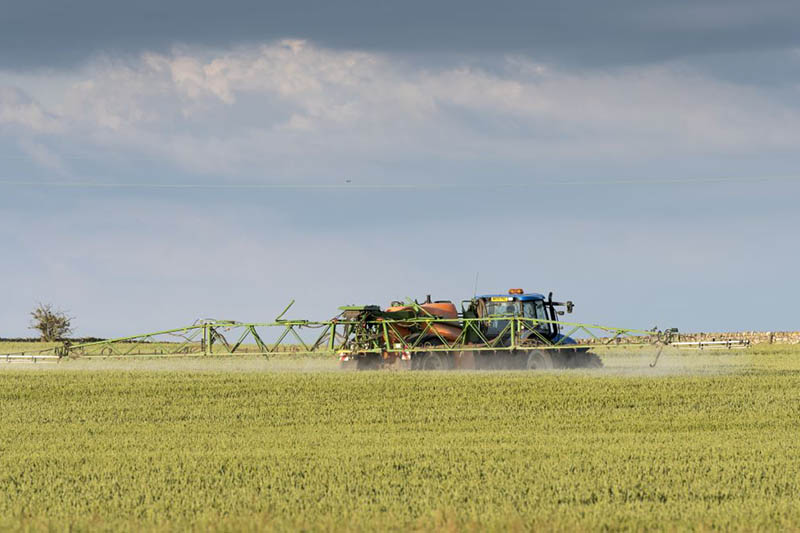