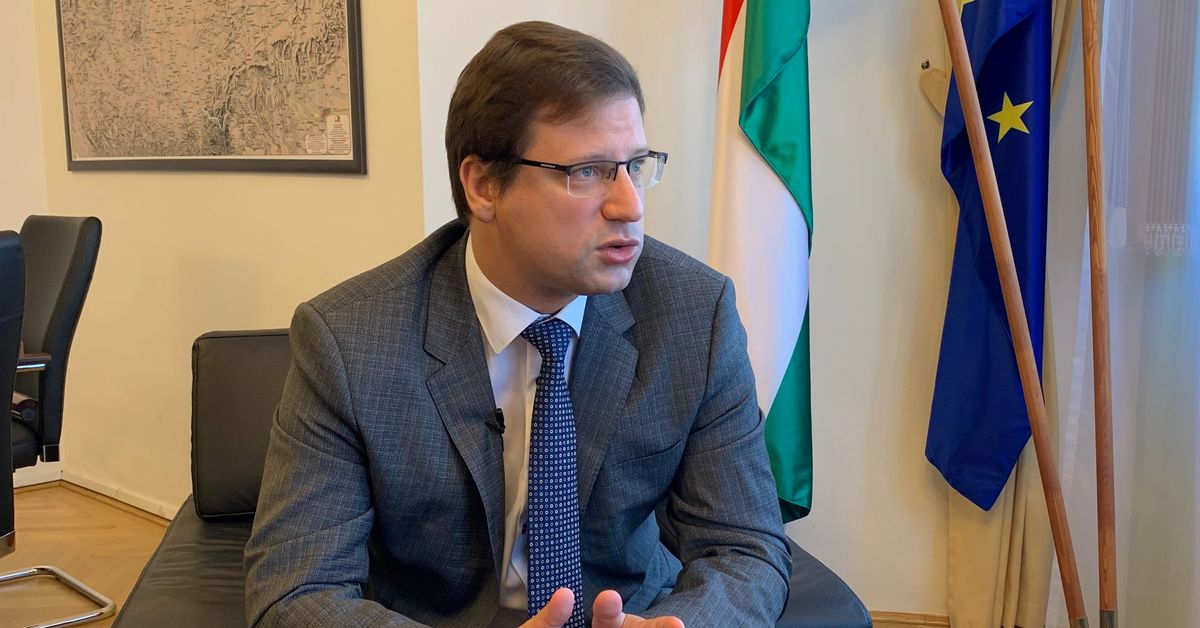 Gergely Gulyas is the chief of staff for Viktor Orban, Hungary's Prime Minister. He speaks to reporters in Budapest on 16 September, 2019.

Prime Minister Viktor Orban's chief spokesman said Saturday (17 September) that Hungary's government would submit new laws next week to parliament to end a stand-off with the European Commission, and allow access to funds from the European Union.

Two officials from the EU said that they will recommend suspending billions in EU funds earmarked for Hungary because of corruption concerns. This would be Orban's first such move.

A large majority of EU legislators voted on Thursday (15 September) to condemn the damage done to democracy in Hungary by veteran Orban. Orban has been in power since 2010, and is increasing pressure on the bloc for funding cuts.

Budapest announced it will create an anti-corruption authority as well as a working group of non-governmental groups in order to supervise the expenditure of EU funds.

Gergely Gulyas stated that either the government has accepted the European Commission's requests or we have reached a compromise that is acceptable to both sides in areas we couldn't accept.

"At today’s meeting, the government has discussed and approved these commitments," he stated. He also said that Orban's government would request that parliament pass relevant legislation through a fast-track procedure.

Gulyas stated that the new laws will take effect in November. This could be Gulyas's end to punitive actions against Hungary. Access to billions of euro is still at risk.

Gulyas stated that "instead of mutual distrust", the constructive series negotiations with the Commission over two months can be viewed as a step toward mutual trust. He also said that Hungary was waiting for the EU's ruling with "perfect tranquility".

According to the EU anti fraud agency, Hungary had the greatest number of irregularities among the bloc's EU funds spent in 2015-19. Brussels has always called for transparency and competition in Hungary's public procurement.

Hungary to meet all commitments made to unlock EU funds, minister says