Today (8 July), Crisis Management Commisioner Janez Lenarčič visited the Turkish border with North-West Syria, which is a crucial crossing point for the delivery of humanitarian assistance for millions of people inside Syria. The visit comes ahead of the vote on the renewal of the UN resolution on cross-border aid delivery which is due in the coming days.

Lenarčič said: “Failure to renew the cross-border resolution will jeopardize lifesaving humanitarian aid delivery for millions of Syrians. In North-West Syria, right now this is a matter of life and death for those most in need. After a decade of war and displacement, the population is exhausted and depends on this assistance to survive. It is our moral duty to not look away from the suffering of Syrians. The European Union strongly urges the members of the Security Council to agree to the renewal of authorisation for cross-border operations to allow delivery of life-saving assistance, including COVID-19 vaccines. We need to use all relevant modalities to get humanitarian assistance to people who desperately need it, cross-border as well as cross-line. It is crucial to support Syrians in need wherever they find themselves in Syria or outside its borders, including by helping build the resilience of people who have endured 10 years of conflict.”

In addition to meeting with senior United Nations representatives and aid workers engaged in cross-border assistance into North-West Syria during his visit, Commissioner Lenarčič also met with the Turkish government representatives and the local authorities in Hatay.

In March 2021, the European Commission alone mobilized €130 million in humanitarian aid to provide vital assistance to millions of people inside Syria. The Commission also supports Syrians in neighbouring countries hosting refugees such as Turkey, Lebanon, Jordan, Iraq and Egypt.

After almost a decade of war, Syria's crisis is marked by unparalleled suffering and needs. In addition to over 5.6 million refugees displaced in the wider region, the country counts 6.7 million people internally displaced, the largest number worldwide. 1.9 million people live in informal settlements and planned camps, with a significant registered increase of a 20% since 2020. Nearly 60% of the population is facing food shortages while North-West Syria alone counts around 3.5 million of people in need of humanitarian assistance. A ceasefire in North-West Syria since early 2020 has not prevented clashes in Idlib, where the humanitarian situation remains alarming. With only half of the health facilities fully functioning and increasing economic hardship across the country, the COVID-19 pandemic has put an additional strain on the dire humanitarian situation in Syria. Inside Syria, EU humanitarian assistance supplies over 40 humanitarian partners working countrywide where needs are the most acute.

The EU and its Member States are the leading donors of international aid towards those affected by war in Syria. Since the start of the crisis in 2011, more than €24.9 billion has been mobilised to support the most vulnerable Syrians inside the country and across the region. The EU has organized, during five consecutive years (2017-2021), the Brussels Conference supporting the future of Syria and the Region, which is also the main pledging conference for the Syria crisis.

The European Commission has further expanded its Guidance Note on how COVID-19-related humanitarian aid can be provided to countries and areas around the world that are subject to EU restrictive measures (sanctions). A new chapter on counter-terrorism sanctions gives practical guidance on how to comply with EU sanctions when providing humanitarian aid, in particular medical assistance, to fight the COVID-19 pandemic. It aims to facilitate the activities of humanitarian operators in those areas, and the channelling of equipment and assistance to fight the pandemic. This addition builds on the existing chapters on Syria, Iran, Venezuela and Nicaragua.

EU sanctions help to achieve key EU objectives such as preserving peace, strengthening international security, and consolidating and supporting democracy, international law and human rights. They target those who endanger these values to reduce as much as possible any adverse consequences on the civilian population. The EU has about 40 different sanctions regimes currently in place.  Sanctions must also be applied in a way that takes into account the needs of humanitarian operators and the provision of humanitarian assistance and activities, including medical assistance. More information on sanctions is available here.

The European Commission has adopted three opinions on the application of specific provisions in the Council Regulations on EU restrictive measures (sanctions) concerning Libya and Syria, the Central African Republic and actions undermining the territorial integrity of Ukraine. They concern 1) changes to two specific features of frozen funds: their character (sanctions concerning Libya) and their location (sanctions concerning Syria); 2) the release of frozen funds by way of enforcing a financial guarantee (sanctions concerning the Central African Republic) and; 3) the prohibition to make funds or economic resources available to listed persons (sanctions concerning the territorial integrity of Ukraine). While Commission opinions are not binding on competent authorities or EU economic operators, they are intended to offer valuable guidance to those who have to apply and follow EU sanctions. They will support the uniform implementation of sanctions across the EU, in line with the Communication on the European economic and financial system: fostering openness, strength and resilience.

Financial Services, Financial Stability and Capital Markets Union Commissioner Mairead McGuinness said: “EU sanctions must be implemented fully and uniformly throughout the Union. The Commission stands ready to assist national competent authorities and EU operators in tackling the challenges in applying these sanctions.”

EU sanctions are a foreign policy tool, which, among others, help to achieve key EU objectives such as preserving peace, strengthening international security, and consolidating and supporting democracy, international law and human rights. Sanctions are targeted at those whose actions endanger these values, and they seek to reduce as much as possible any adverse consequences for the civilian population.

The EU has arond 40 different sanctions regimes currently in place. As part of the Commission's role as Guardian of the Treaties, the Commission is responsible for monitoring the enforcement of EU financial and economic sanctions across the Union, and also ensuring that sanctions are applied in a way that takes into account the needs of humanitarian operators. The Commission also works closely with member states to ensure that sanctions are implemented uniformly throughout the EU. More information on EU sanctions here. 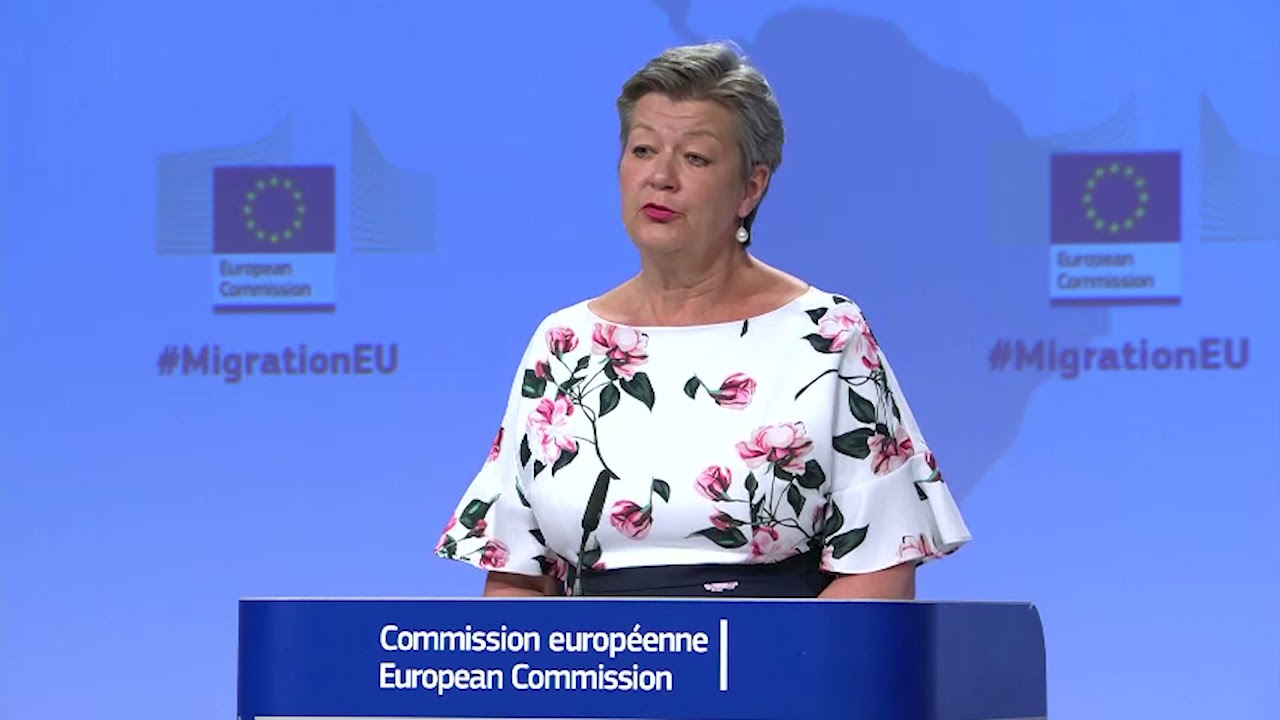 Asked about the decision of the Danish government to return refugees to Syria, Home Affairs Commissioner Ylva Johansson said that nobody should be forced to return to Syria.

Johansson said that when she heard that the Danish authorities were proposing to do this she immediately reached out to the Danish minister responsible for the proposal. Johansson suggested listening to the advice of the UNHCR (UN Refugee Agency) and EASO (European Asylum and Support Office) on the situation in Syria and their view that no one should be forced to return.

The commissioner was reassured in her talks with the Danish minister that there would be no forced returns, but she raised concerns that Syrian refugees could lose access to the job market and education, specifically language learning. Denmark has targeted those refugees who are from Damascus and Rif Damascus, which their authorities deem to be “safe”.

Denmark has opted out of the European Union’s asylum acquis and is not obliged to follow the EU’s rules in this area.