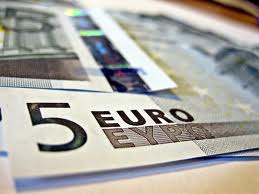 Eurozone annual inflation is expected to be 0.5% in March 2014, down from 0.7% in February, according to a flash estimate from Eurostat, the statistical office of the European Union.

Eurozone annual inflation and its components, %

The eurozone consists of Belgium, Germany, Estonia, Ireland, Greece, Spain, France, Italy, Cyprus, Latvia, Luxembourg, Malta, the Netherlands, Austria, Portugal, Slovenia, Slovakia and Finland. Annual inflation is the change of the price level between the current month and the same month of the previous year. For further information on the euro area inflation flash estimate, see the Statistics Explained article on the Eurostat website.

The eurozone inflation flash estimate is issued at the end of each reference month. The complete set of harmonized indices of consumer prices (HICP) for the eurozone, EU and member states is released around the middle of the month following the reference month. The next release with full data for March 2014 is scheduled for 16 April 2014.

Time to change: Science 'has evolved beyond the current clinical trial system'

The European Commission has approved a €500,000 Portuguese scheme to further support the passenger transport sector in the Region of the Azores in the context of the coronavirus outbreak. The measure was approved under the State Aid Temporary Framework. It follows another Portuguese scheme to support the passenger transport sector in Azores that the Commission approved on 4 June 2021 (SA.63010). Under the new scheme, the aid will take the form of direct grants. The measure will be open to collective passenger transport companies of all sizes active in the Azores. The purpose of the measure is to mitigate the sudden liquidity shortages that these companies are facing and to address losses incurred over 2021 due to the coronavirus outbreak and the restrictive measures that the government had to implement to limit the spread of the virus.

The Commission found that the Portuguese scheme is in line with the conditions set out in the Temporary Framework. In particular, the aid (i) will not exceed €1.8 million per company; and (ii) will be granted no later than 31 December 2021. The Commission concluded that the measure is necessary, appropriate and proportionate to remedy a serious disturbance in the economy of a member state, in line with Article 107(3)(b) TFEU and the conditions of the Temporary Framework. On this basis, the Commission approved the measure under EU state aid rules. More information on the Temporary Framework and other actions taken by the Commission to address the economic impact of the coronavirus pandemic can be found here. The non-confidential version of the decision will be made available under the case number SA.64599 in the state aid register on the Commission's competition website once any confidentiality issues have been resolved.

Organization for Economic Co-operation and Development (OECD) countries hold an extraordinary meeting today (15 September) and Thursday (16 September) to discuss a possible ban on export credits for international coal-fired power generation projects without measures compensation. Discussions will focus on a proposal presented by the EU and other countries (Canada, Republic of Korea, Norway, Switzerland, UK and US) earlier this month. The proposal supports the greening of the global economy and is an important step in aligning the activities of export credit agencies with the goals of the Paris Agreement.

Export credits are an important part of promoting international trade. As a participant in the OECD Arrangement on Officially Supported Export Credits, the EU plays a major role in efforts to ensure a level playing field at international level and to ensure the coherence of the common objective of combating climate change. The EU has pledged to end aid for export credits for coal without offsetting measures, and at the same time commits at the international level to a just transition.

In January 2021, the Council of the European Union called for the global phasing out of environmentally damaging fossil fuel subsidies on a clear timetable and for a resolute and just global transformation. towards climate neutrality, including the gradual phase-out of coal without compensatory measures in energy production and, as a first step, the immediate end of all funding for new coal infrastructure in third countries. In its February 2021 Trade Policy Review, the European Commission pledged to propose an immediate end to export credit support for the coal-fired electricity sector.

In June this year, G7 members also recognized that continued global investment in non-reduction coal-fired electricity generation was inconsistent with the goal of limiting global warming to 1.5 °C and pledged to end new direct government support for global coal-fired power generation internationally by the end of 2021, including through government funding.