The Joint Customs Operation HYGIEA was carried out within the Asia-Europe Meeting (ASEM) framework as part of joint efforts of the participating countries in the fight against counterfeit goods. The results of this operation coordinated by the European Anti-Fraud Office (OLAF) were shared at the 13th ASEM customs directors-generals and commissioners' meeting held in Ha Long Bay, Vietnam, on 9-10 October 2019.

On behalf of the ASEM customs directors-general and commissioners and the European Commission, Nguyen Van Can, director-general of Vietnam customs and Chairperson, announced that the results of the Operation code-named 'HYGIEA' targeting counterfeit goods used in the daily lives of citizens (also called fast-moving consumer goods or FMCG), include:

A total of 194,498 pieces of counterfeit perfumes, toothpaste, cosmetics as well as 120,833.69kg of counterfeit detergent, shampoo, diapers detained and seized as direct results of the operation targeting counterfeit FMCG products.

In addition to the above seized counterfeit goods, several shipments of tobacco products – either found to be counterfeit or intended to be smuggled - containing 44,062 kg of water pipe tobacco and 77,811,800 cigarettes in total were detained during the operation.

During the operational phase of HYGIEA, OLAF facilitated the cooperation between the participant countries with the support of a team of ten liaison officers from Bangladesh, China, Japan, Malaysia, Vietnam, Lithuania, Malta, Portugal, Spain and EUROPOL, all working together in Brussels. A Virtual Operational Coordination Unit (VOCU) - a secure communication channel for such joint customs operations was used to channel the flow of incoming information. This exchange of information in real time allowed all the experts involved to identify the suspect flows of counterfeit goods out of ordinary commercial transactions.

European Anti-Fraud Office (OLAF) Director-General Ville Itala said: “Operation HYGIEA shows what can be achieved when customs authorities, international partners and industry work together to fight fakes. Counterfeit goods defraud consumers, harm legitimate businesses and cause huge losses to public revenues. Counterfeit goods also undermine public health policies. When fakes flood our markets, the only ones to benefit are fraudsters and criminals. I warmly congratulate all those that participated in Operation HYGIEA for the excellent results.”

Plenary debate: MEPs to press #EuropeanInvestmentBank to get greener

Law enforcement and judicial authorities from Bulgaria, Cyprus, Germany, the Netherlands and Ukraine, supported by Europol and Eurojust, teamed up against an organised crime group involved in binary fraud. The group was behind an online trading platform for financial services with binary options. Europol set up an Operational Task Force to support the cross-border investigation.

The Action day on 6 October 2021 in Kiev, Limassol and Sofia led to:

Operating between May 2019 and September 2021, the criminal network lured German investors into making transactions worth a total of at least € 15 million. The suspects advertised the financial services online and via social media, while using over 250 domain names. The criminal network connected to a company, based in Ukraine, set up a call centre in Bulgaria. The approximately 100 employees of the two call centres, located in Sofia, contacted “clients” and advertised pretend financial services in the field of binary options under the guise of financial advisers. To undertake the scam, the call centre employees had scripts containing predefined conversations and key messaging to convince clients to release more funds. However, a subsequent investigation suggests that most of the employees were not aware that the company they were working for was involved in a fraud scheme. Initial profits shown in the user interface encouraged the clients to invest large sums of money. However, clients did not receive payment of their winnings or credit balance once they requested it. The investigation has so far led to 246 criminal proceedings across 15 German federal states.

To support the investigation, Europol set up a dedicated Operational Task Force through which it facilitated the information exchange and provided analytical support. During the action days, Europol deployed six experts to Bulgaria, Cyprus and Ukraine to cross-check operational information in real-time against Europol’s databases so as to provide leads to investigators in the field. The experts also provided technical expertise to enable the extraction of information from mobile devices and IT infrastructure.

Eurojust hosted a coordination centre to facilitate the information exchange and support cooperation between involved authorities during the action day.

Labour in vineyards and farms checked across Europe 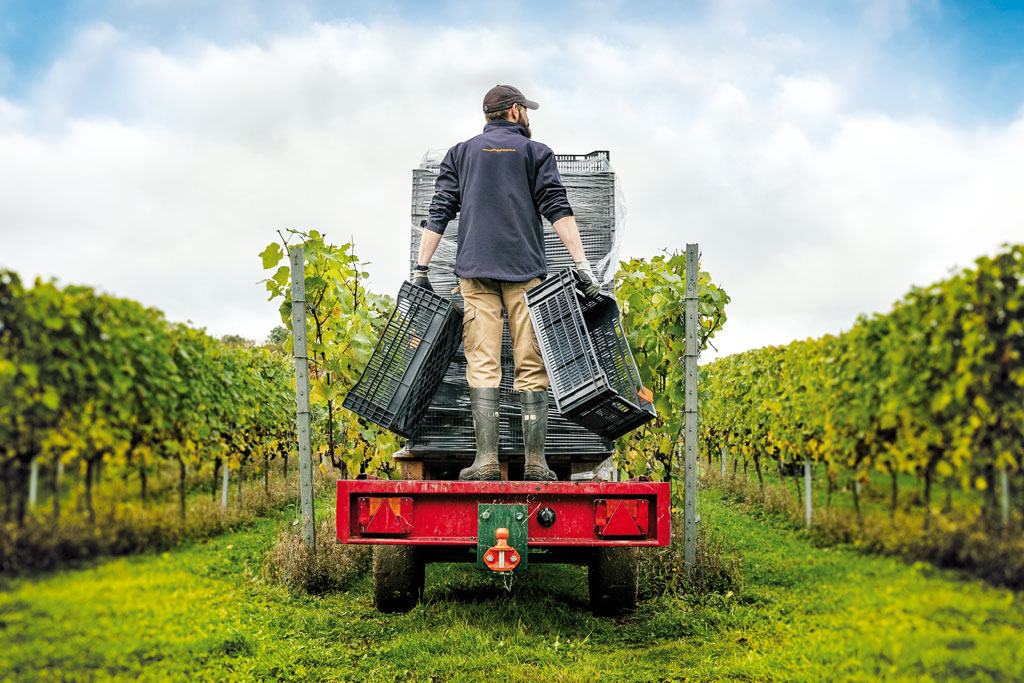 Between 9 and 16 September 2021, Europol supported Europe-wide co-ordinated action days against human trafficking for labour exploitation in the agricultural sector. The operation, led by France, involved a wide range of law enforcement authorities including police, immigration and border guards, labour inspectorates and tax authorities from Bulgaria, Cyprus, Finland, Italy, Latvia, the Netherlands and Spain. The European Labour Authority also supported the action days. Almost 2 050 officers from national authorities took part in the operational activities on the ground.

The action week resulted in:

Law enforcement authorities carried out inspections in working places identified as more vulnerable to exploitation, such as farms and vineyards. The checks focused on the working conditions of the employees. Non-EU nationals have been identified as most vulnerable to exploitation in seasonal employments, while EU nationals are reported to be exploited in the agricultural sector year-round. The action days targeted criminal networks and facilitators involved in the trafficking of human beings, specialised in ‘brokering’ employment on the illegal market. Labour exploitation is a very lucrative criminal activity, damaging the health and rights of the victims. A successful operation in France dismantled a criminal network, which has generated an estimated € 5 million in damages for victims and authorities. During the actions against this network, authorities searched 25 locations and arrested winegrowers, service providers and intermediaries.

The fight against human trafficking for labour exploitation requires a consolidated, cross-border effort by different authorities. During this action week, the European Labour Authority organised the first joint inspection, which took place in France and involved officers from the Bulgarian General Labour Inspectorate.

Headquartered in The Hague, the Netherlands, Europol supports the 27 EU member states in their fight against terrorism, cybercrime, and other serious and organized crime forms. Europol also works with many non-EU partner states and international organizations. From its various threat assessments to its intelligence-gathering and operational activities, Europol has the tools and resources it needs to do its part in making Europe safer. 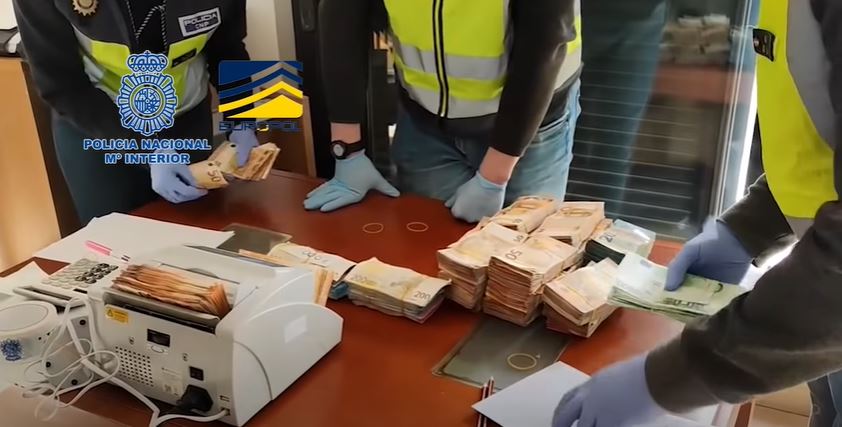 A number of actions have been carried out in the past year in the framework of an Operational Taskforce between Spain, Croatia, Serbia, Germany, Slovenia, Bosnia and Herzegovina, the United States and Colombia, with coordination efforts led by Europol’s European Serious Organised Crime Centre.

This highly mobile criminal organisation had branches active in several European countries and was composed mainly of criminals from Serbia, Croatia, Montenegro and Slovenia.

An Operational Taskforce was established by Europol in July 2020 to bring together all the involved countries to coordinate a joint strategy to bring down the whole network. Since then, Europol has been provided continuous intelligence development and analysis to support the field investigators.

In the framework of intelligence activities carried out with their international counterparts, the Spanish investigators developed reliable intelligence that this cartel was preparing a major cocaine importation from South America into Europe in spring of this year.

Special surveillance measures were put in place as the criminals moved back and forth between Spain and South America to finalise the details of the cocaine importation, totalling over 1,25 tonnes.

The investigation gathered pace in March of this year when the leaders of this cartel travelled to Spain to prepare for the arrival of the cocaine shipment. These two individuals – considered as High-Value Targets by Europol, had until then avoided attending meetings in person in order to evade law enforcement.

This was too good of an opportunity for law enforcement to miss: in the early hours of 10 March 2021, officers from the Spanish National Police (Policia Nacional) carried out simultaneous raids in the cities of Tarragona, Barcelona, Gerona and Valencia, arresting thirteen individuals, including the two kingpins and a police officer who collaborated with the criminal organisation.
The Spanish investigators also dismantled the cartel’s alternative revenue streams, such as the production and trafficking of marijuana and the sale of luxury vehicles.

In a follow-up action in May 2021 some 48 other members of the organised criminal group were charged in Slovenia by the National Police (Policija) for their involvement in the distribution of the cocaine and marijuana throughout Europe. A total of 10 of these suspects are now under arrest.

The following law enforcement authorities were involved in this crackdown:

This Operational Taskforce was part of Europol’s strategy in countering serious organised crime originating from the Western Balkans.